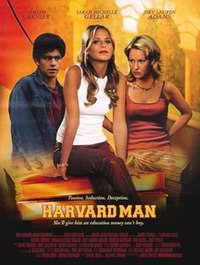 The story concerns Harvard student Alan Jensen, the point guard of the Harvard basketball team. When his parents' house is destroyed by a tornado, Alan is desperate for $100,000 to replace their home. He is approached by his girlfriend Cindy Bandolino, whose father is an organized crime boss. Cindy convinces Alan to throw a game for the money. She tells Alan that her father is behind the deal, but actually she goes to her father's associate, Teddy Carter, and Carter's assistant, Kelly Morgan for funding. What she does not know is that Carter and Morgan are undercover FBI agents.