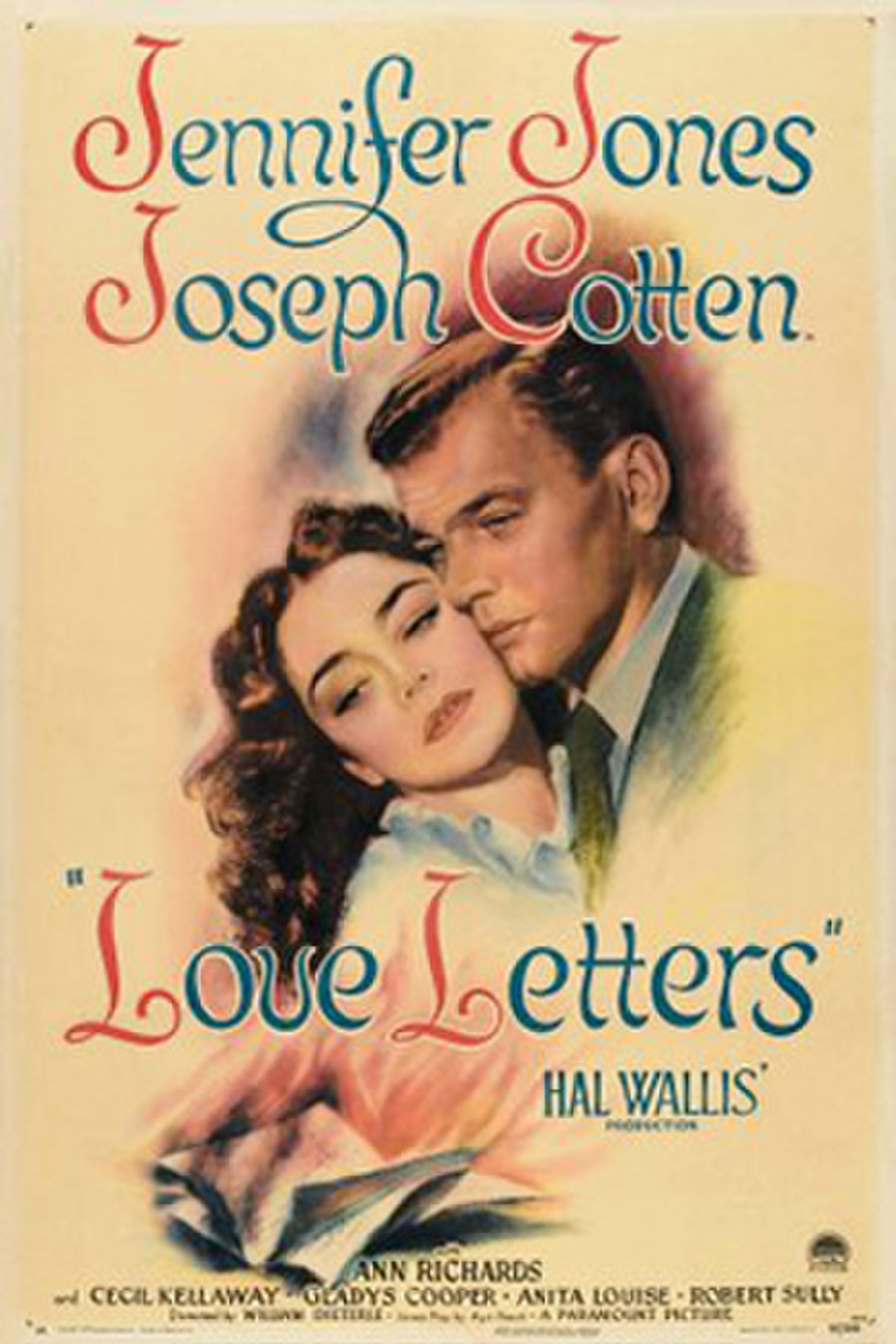 Love Letters is a 1945 American film noir. The screenplay was adapted by Ayn Rand from the novel Pity My Simplicity by Christopher Massie. It was directed by William Dieterle and stars Jennifer Jones, Joseph Cotten, Ann Richards, Cecil Kellaway, Gladys Cooper and Anita Louise. The plot tells the story of a man falling in love with an amnesiac woman with two personalities who is supposed to have killed his soldier friend.

Alan Quinton, an American soldier in Italy during World War II, has been writing letters for his friend, Roger Morland, a man who admits he "never had any standards, manners or taste." Alan has never met Victoria Remington, but regards her as a "pin-up girl of the spirit," to whom he can express feelings he has never expressed in person. He realizes that Victoria has fallen in love with the letters and is concerned that she will be disappointed by the real Roger. However, Roger abruptly leaves for paratrooper training in England.