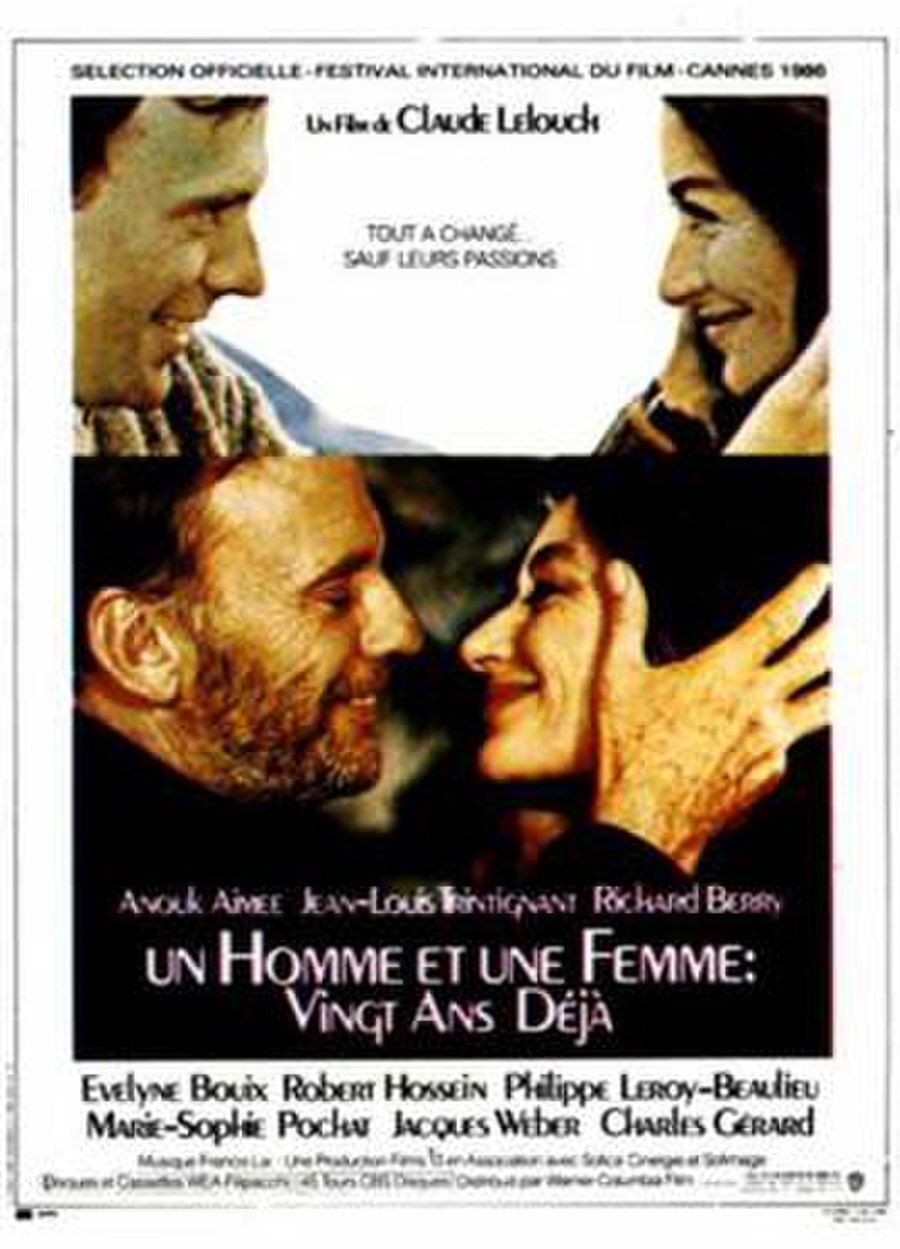 A Man and a Woman: 20 Years Later (; literally A Man and a Woman, 20 Years Already) is a 1986 French drama film directed by Claude Lelouch and is a sequel to Lelouch's 1966 film Un homme et une femme. It was screened out of competition at the 1986 Cannes Film Festival. A follow up to both films, The Best Years of a Life, again starring Trintignant and Aimee, was released in 2019.