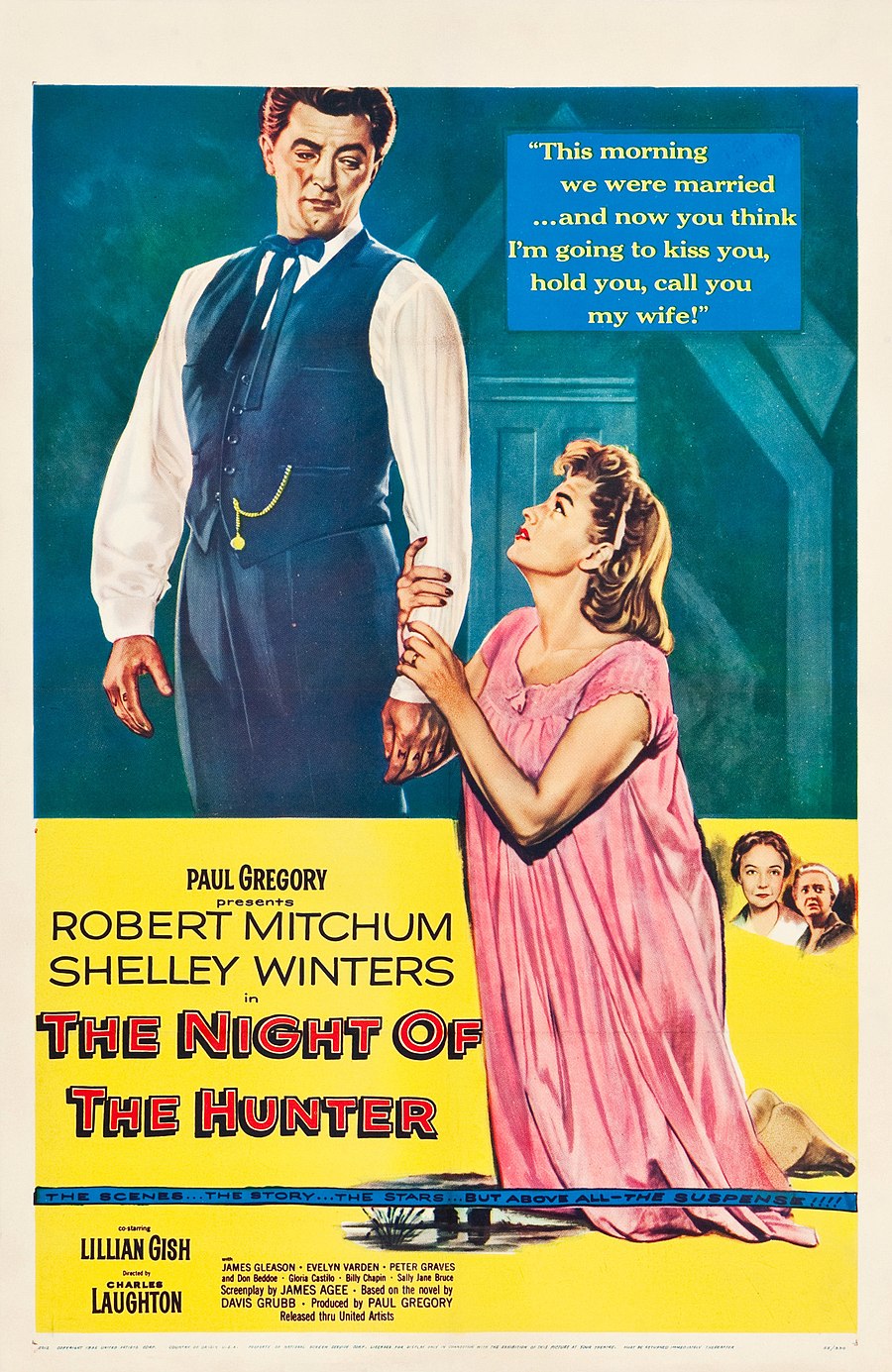 The Night of the Hunter is a 1955 American thriller film directed by Charles Laughton, and starring Robert Mitchum, Shelley Winters, and Lillian Gish. The screenplay by James Agee was based on the 1953 novel of the same title by Davis Grubb. The plot focuses on a corrupt minister-turned-serial killer who attempts to charm an unsuspecting widow and steal $10,000 hidden by her executed husband.

In West Virginia in the 1930s, Reverend Harry Powell is a self-appointed preacher and misogynistic serial killer who travels along the Ohio River, justifying the women he murdered with his switchblade knife after marrying them for their money as doing God's work. After reaching a town sometime after his latest murder, Powell ends up being arrested for driving a stolen car and serves his sentence at Moundsville Penitentiary. By chance, Powell ends up sharing the same cell as Ben Harper, a local man who murdered two men in a bank robbery for ten thousand dollars. But with the police about to catch him, Harper makes his children John and Pearl promise to never reveal where the money is hidden after hiding it in Pearl's doll. Despite Powell's attempts to learn the money's location, Harper takes it to his grave.