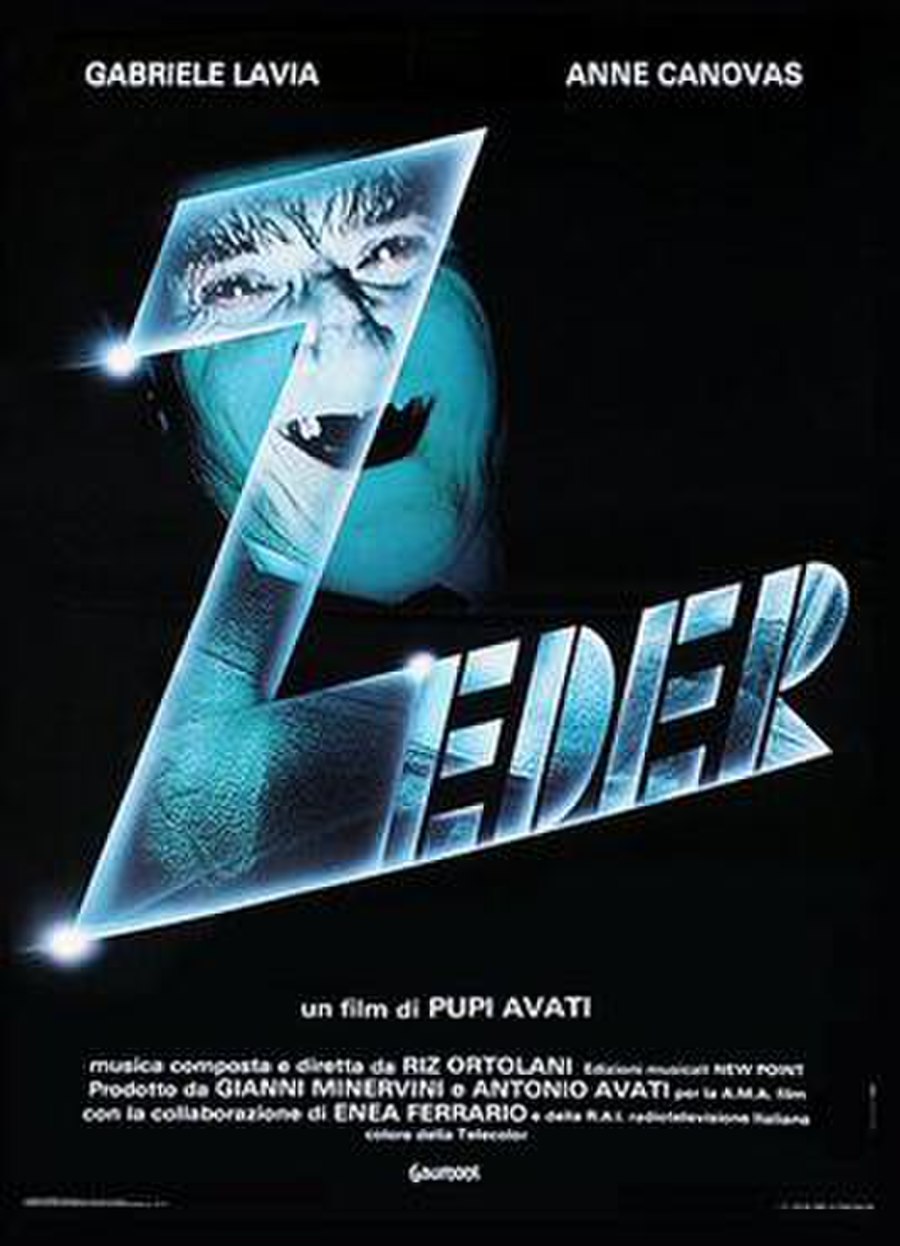 Zeder is a 1983 Italian horror film directed by Pupi Avati, starring Gabriele Lavia. The story is about a young novelist's discovery of the writings of a late scientist who had found a means of reviving the dead.

In 1956, Gabriella (Veronica Moriconi)—a girl with apparent psychic powers—is brought to the enormous house of Dr. Meyer (Cesare Barbetti) in Chartres, France. Meyer intends to conduct an experiment testing her abilities. He takes her into his basement, where the youngster abruptly falls to her knees and begins digging into the dirt. "This is where you're hiding, isn't it?" Meyer yells. He rushes upstairs for help from his assistants and leaves Gabriella by herself. She is attacked by something unseen and is taken to the hospital. In the basement, further digging reveals a rotted corpse, with a nearby wallet identifying the dead man as Paolo Zeder. Dr. Meyer realizes that the earth in which Zeder was buried was a 'K-Zone'.