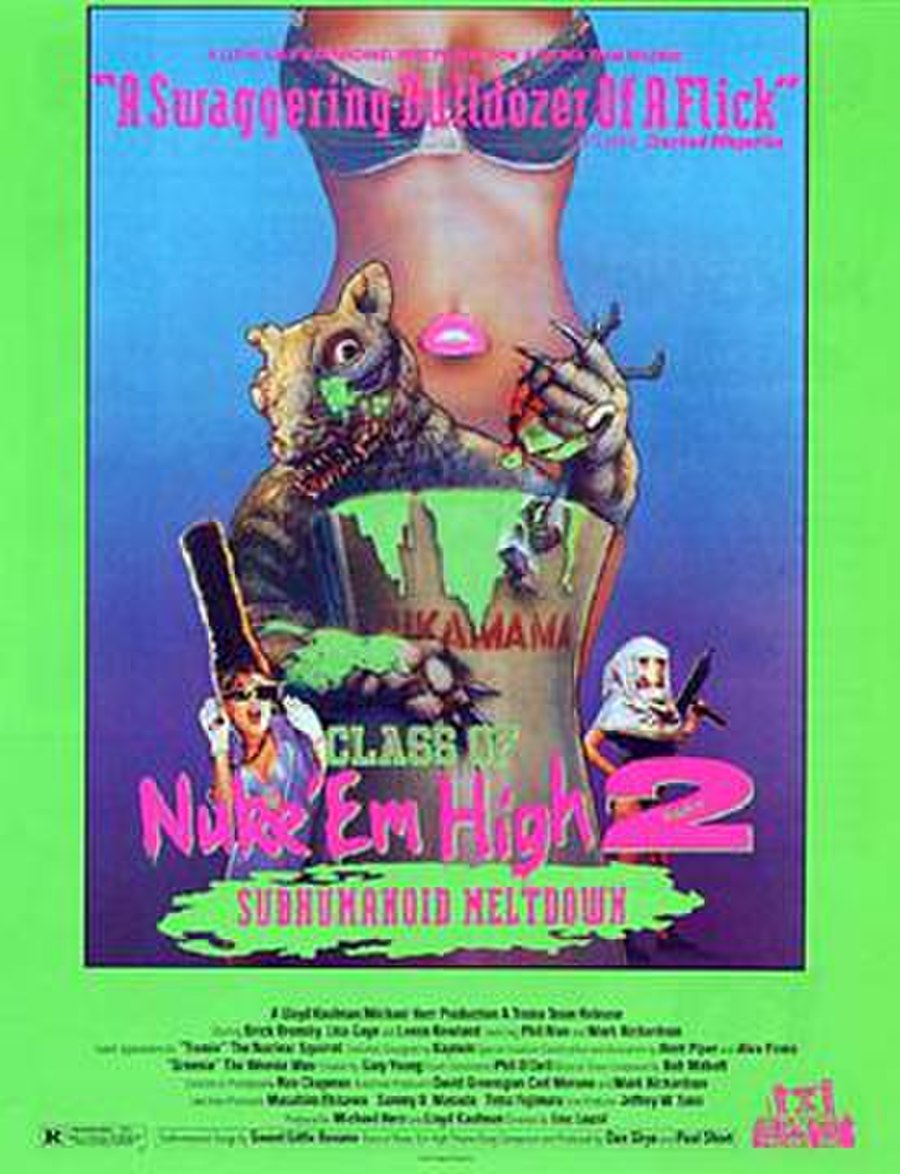 Class of Nuke 'Em High Part 2: Subhumanoid Meltdown is a 1991 American science-fiction action horror comedy film, and the first sequel to the 1986 film Class of Nuke 'Em High. There are no characters carried over from the first film, possibly because of the sequel's production being in Yuma, Arizona as opposed to the original's New York-based production.

Tromaville's nuclear reactor has been rebuilt and the Nukamama Corporation that funded it has incorporated a new college, the Tromaville Institute of Technology (T.I.T.), inside the design, as an effort to atone for the events of the first film. Located inside the nuclear plant, is where Professor Holt who has perfected a race of 'Sub-humanoids'; Living beings without emotions, who have been created and programmed to perform menial tasks. When school reporter Roger Smith meets a beautiful subhumanoid named Victoria, they fall in love. However, the creatures have a tendency to go into spontaneous meltdown. Roger is now determined to save Victoria from this messy fate, but first he'll have to face the giant mutant squirrel, Tromie, who attacks Tromaville tech in the climax.