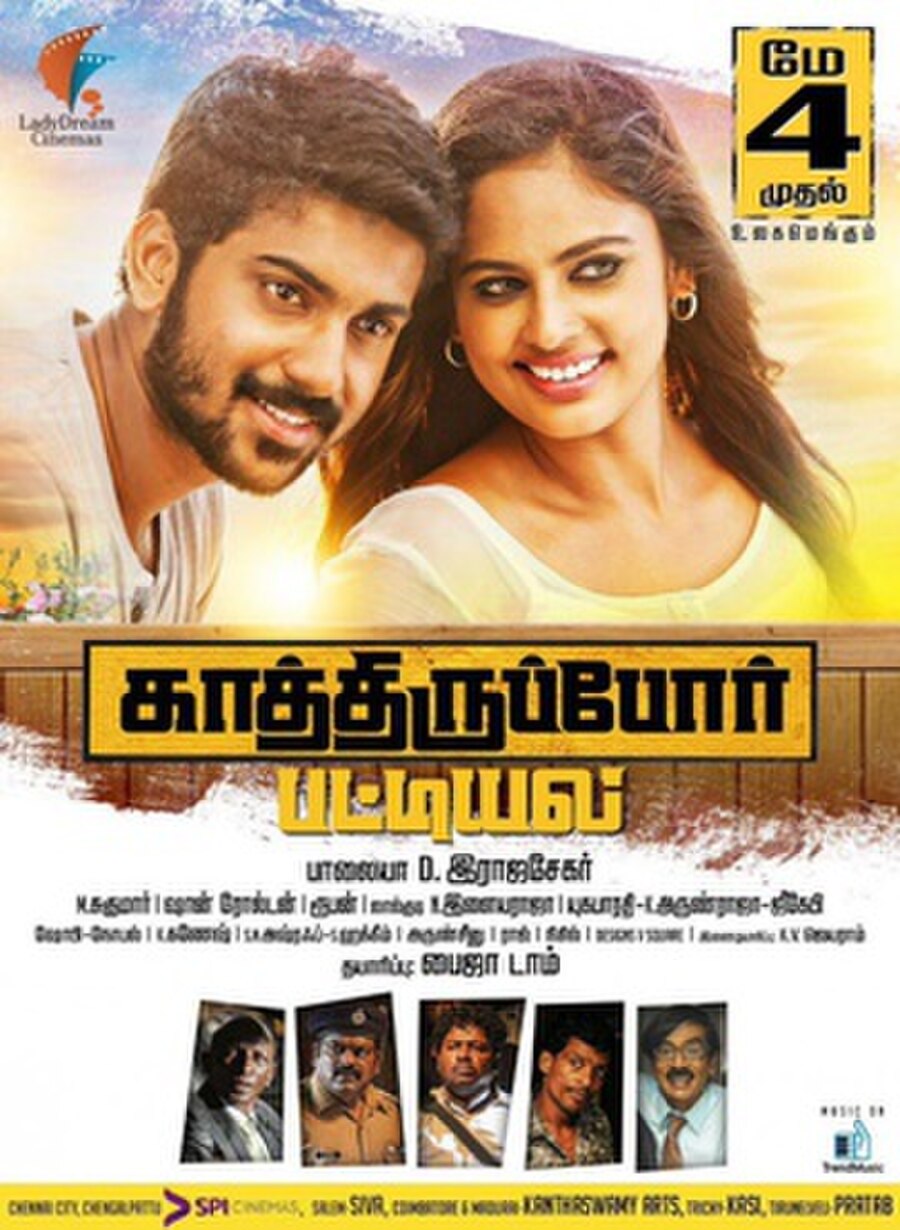 Kaathiruppor Pattiyal also known as Kathiruppor Pattiyal is a 2018 Indian Tamil romantic comedy-drama film written and directed by Balaiya D. Rajasekhar on his directorial debut and produced by Baija Tom under the production company Lady Dream Cinemas and distributed by Lotus Five Star while co-produced by K.V Jayaram. The film stars debutant Sachin Mani in the male lead role and Nandita Swetha in the female lead role while Aruldoss, Manobala, Sendrayan, Mayilsamy, Arunraja Kamaraj, and Appukutty play pivotal and supportive roles in the film. Sean Roldan scored background music for the film. The movie was released on 4 May 2018 and received average reviews from critics upon the release.

An RPF railway officer named Williams (Aruldoss) is miffed and frustrated, regarding the fact that the public did not respect the RPF cops. He decides to bring in strict rules and asks his subordinates not to show mercy towards defaulters who make offences and for those who mess up with the railway rules. With the help of his team, he nabs many passengers who violate rules in different ways, which include peeing on railway tracks and travelling on a train without a ticket. On the other hand, Sathya (Sachin Mani) is a jobless man who falls in love with a girl named Megala (Nandita Swetha), who is from a rich family and holds a job for herself. Megala also falls in love with him, which was not tolerated by her father and suddenly arranges for a marriage to his daughter. When Sathya gets to know about this, he urgently prepares himself to travel by train from Pondicherry to Puducherry in order to convince Megala from the arranged marriage and to marry her, but his dreams were spoiled by Williams, as he was arrested by cops on his way for committing an offence and was taken into custody at the Tambaram railway station. Soon after, he meets prisoners Baskar (Sendrayan), Kunjitha Badham (Manobala), Kutti Puli (Arunraja Kamaraj), Sathish (Appukutty), and Kodeeswaran (Mayilsamy) and narrates his love story to them. After being impressed by the story, the prisoners hatch a plan to help Sathya to escape from police custody.