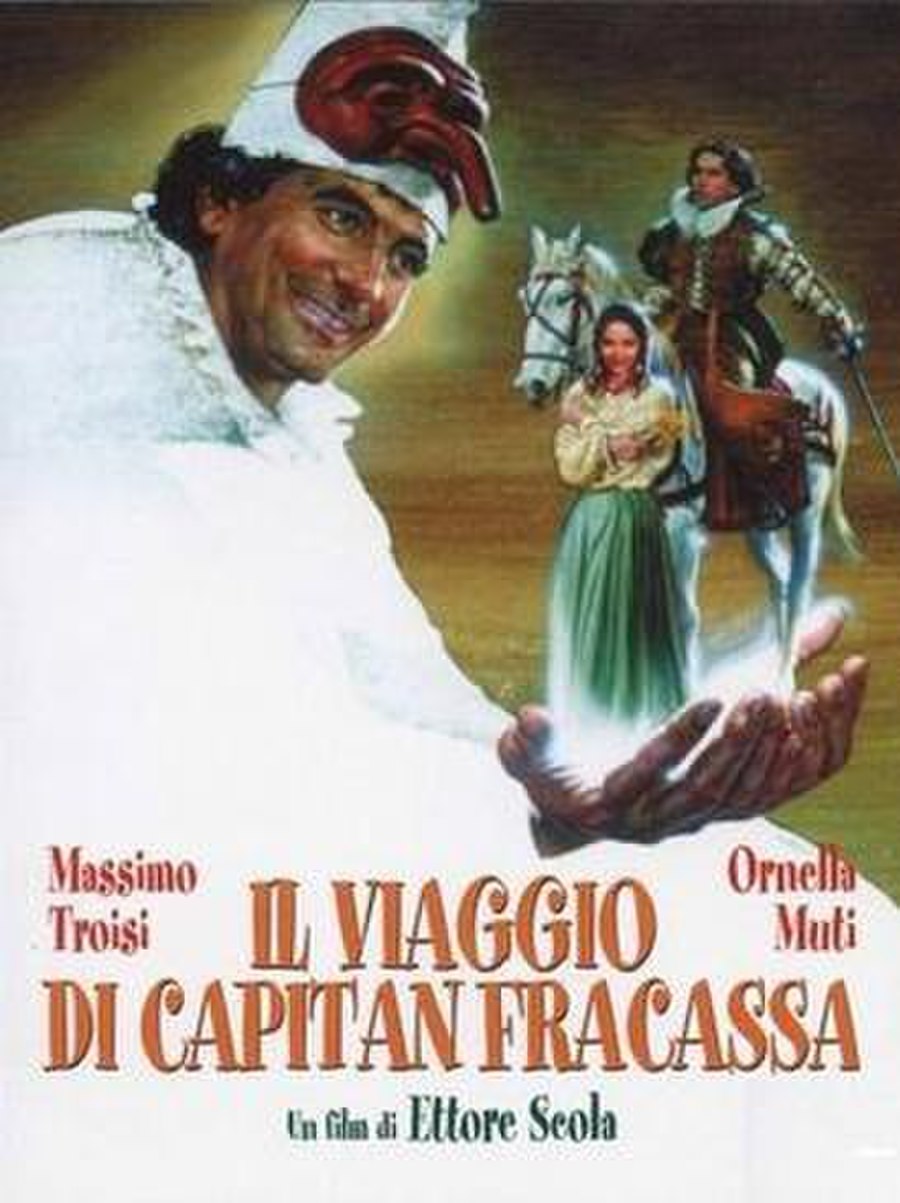 Captain Fracassa's Journey is a 1990 Italian comedy film directed by Ettore Scola. The film is based on the 1863 novel Captain Fracasse by Théophile Gautier. It was entered into the 41st Berlin International Film Festival.

The story takes place in France during 1600. A ramshackle theater company of Commedia dell'arte (Comedy of Art) is to roam vast and boundless territories to reach the court of Louis XIII. However, it remains stationary for days on a single place. In fact, a member of the company is seriously ill and so the actor who plays Punch (Troisi) tells how it all took place in a traveler who sees the bandwagon. The theater company recently was already going to visit the King of France that he might have better luck presenting their games and shows, but they ran into a storm. There, the members have seen a ruined castle and entered it, as we are in a servant (Ciccio Ingrassia) and his young master fallen: Baron Sigognac. The servant understands well that the young man would spend a useless life if he continued to live with him, and throws him out the next day with the company so that it can find the fortune. The young man struggles to acclimate to the new conditions imposed on him, but gradually get used to and make friends with almost all the funny members of the company who all have an interesting story to tell about their past.