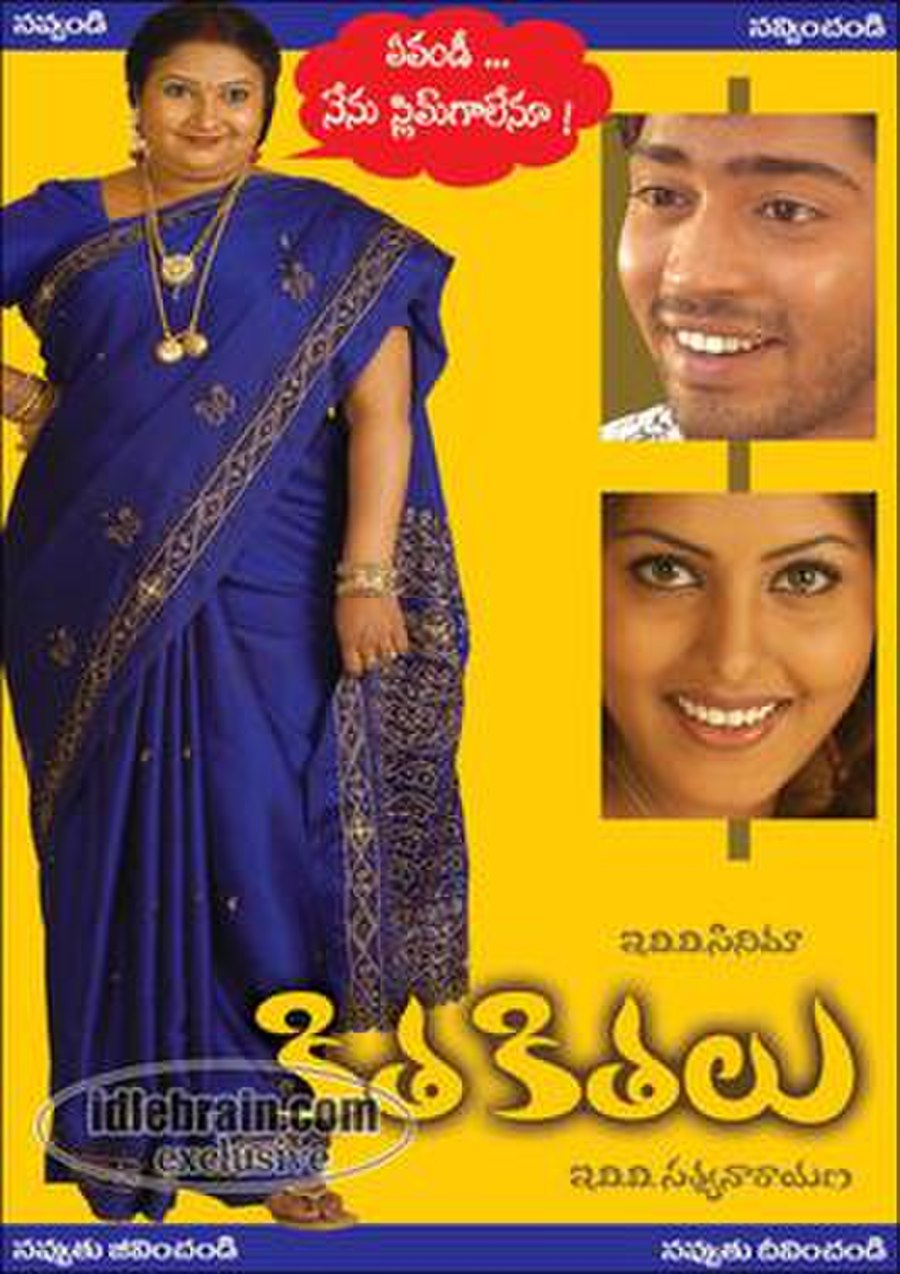 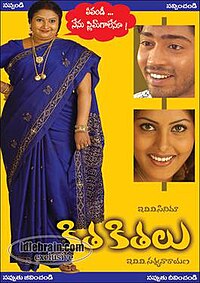 Kithakithalu is a 2006 Indian Telugu-language romantic comedy film starring Allari Naresh, Geetha Singh, Madhu Shalini and Jayalalitha. The film is made by Allari Naresh's home banner under the direction of his father E. V. V. Satyanarayana and fared well at the box office. Kithakitalu was made with a budget of 85 lakh and collected 9 crore at the box office.

Relangi Rajababu is such a "nice guy" that he files a case against a girl who attempted to harass him, and did not succumb to her, because he wished to remain "pure" for the woman he marries. After landing a job as an SI, his parents force him to get married because his dowry will be useful for his sister's wedding. No girl wants to marry him now, because they wonder if he is man enough since he rejected a girl like her. He ends up marrying a rich, plump girl Soundarya after his parents and family threaten to commit suicide if he doesn't accept the proposal. Now this "nice guy" suddenly turns to other women and wants to divorce his fat wife. His attempts to make her grant him a divorce and whether he turns over a new leaf is the rest of the story.