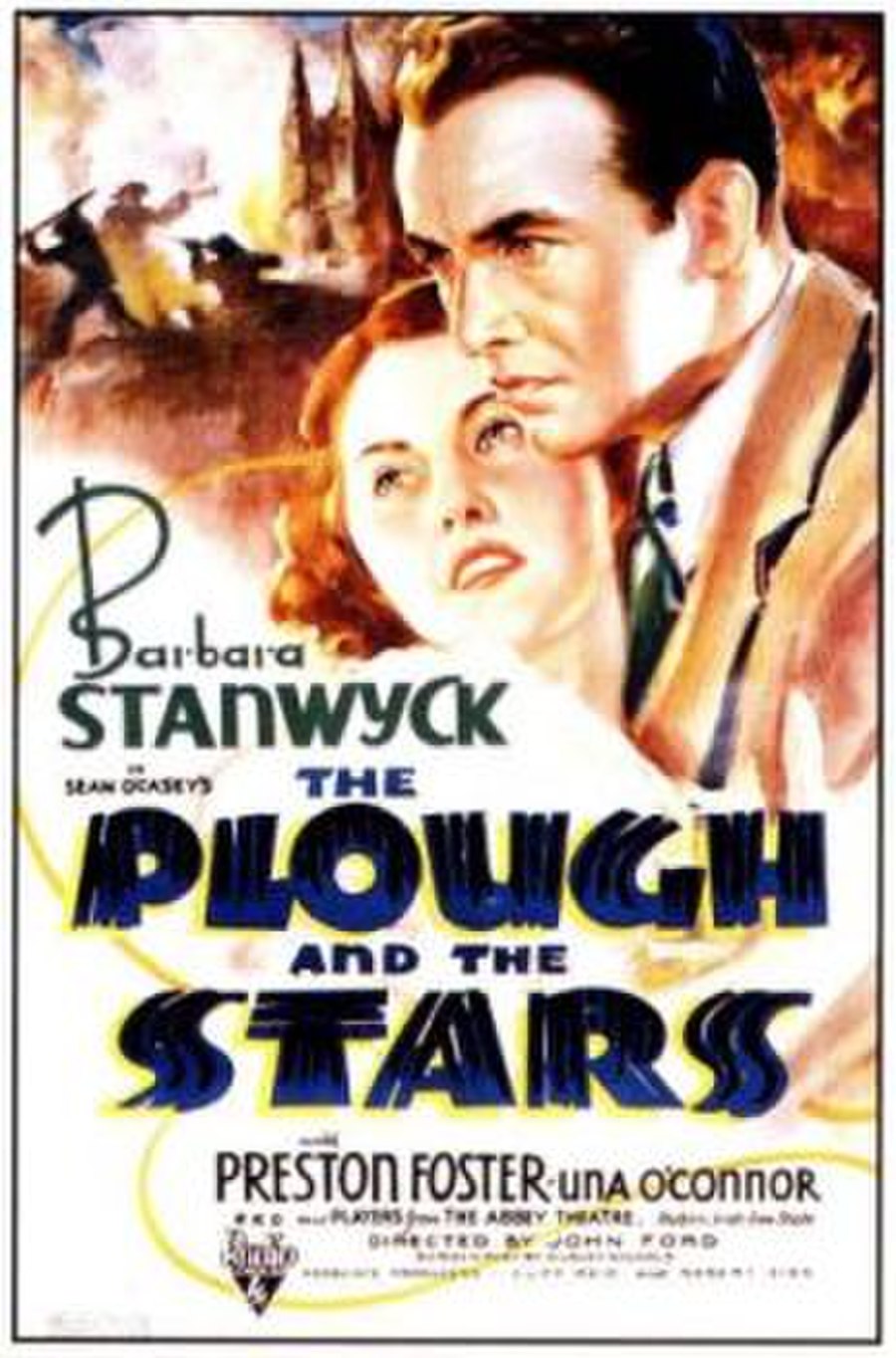 The Plough and the Stars is a 1937 American drama film directed by John Ford based on the play of the same name by Seán O'Casey.

Nora Clitheroe runs a rooming house in Dublin while trying to stay away from the political turmoil raging around her in Revoluntary Ireland. However, try as might, she discovers that her husband Jack has joined a militia of Irish rebels seeking to oust the British from Ireland. Nora fears for Jack's safety and begs him to keep his distance from the revolutionary forces. Jack assures her that he'll step back from their activities, but it's not until it's too late that Nora learns that Jack has done just the opposite -- and has become a commander with the Irish Citizen Army as they plan to occupy the Dublin Post Office as part of the Easter Rising.