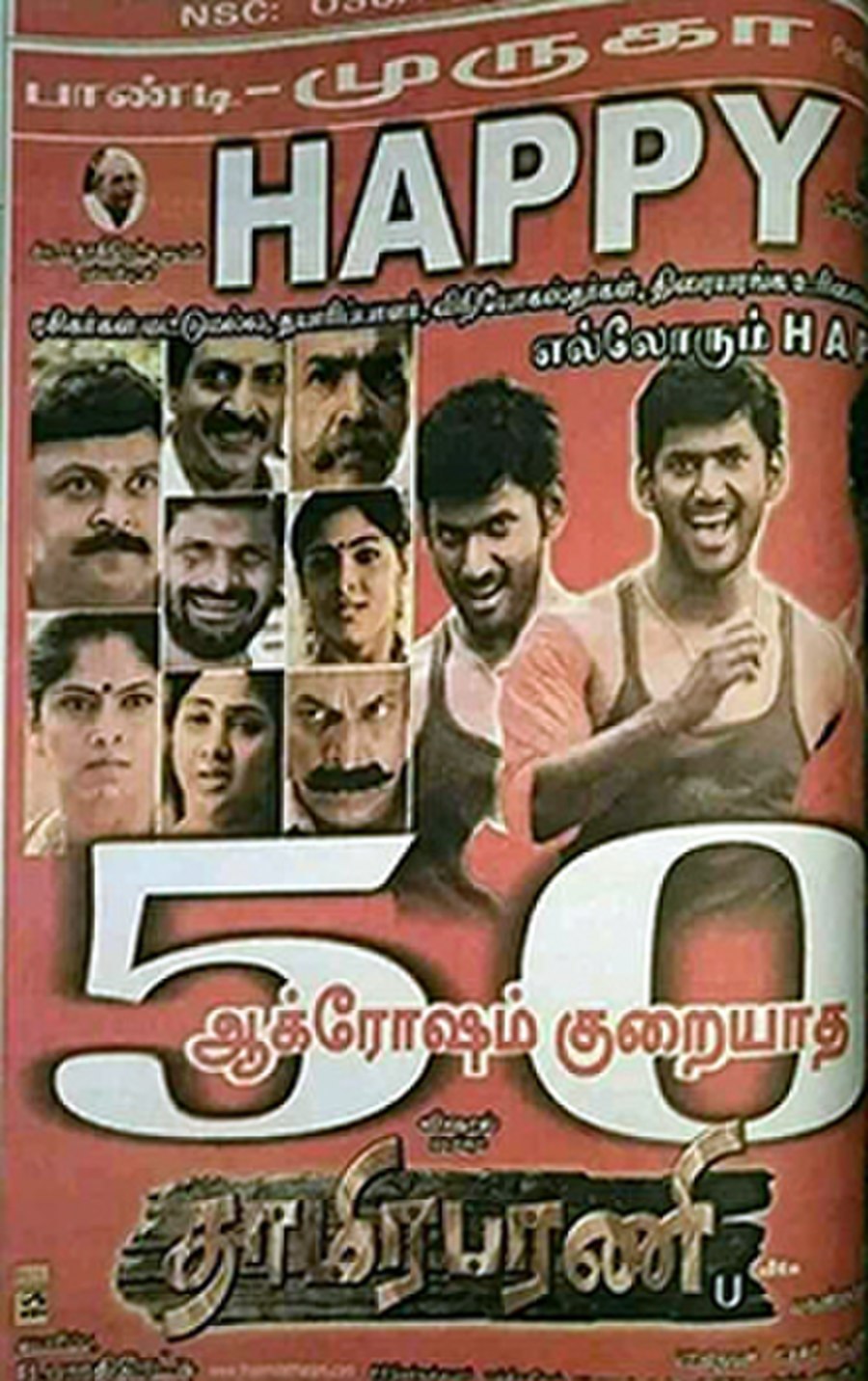 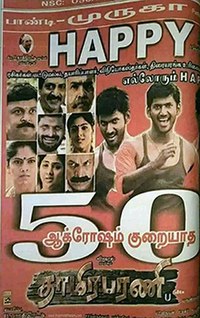 Thaamirabharani is a 2007 Indian Tamil-language action drama film written and directed by Hari. It stars Vishal, newcomer Bhanu, Prabhu, Vijayakumar, Nadhiya and Nassar in lead roles. The score and soundtrack were composed by Yuvan Shankar Raja. It was released on 14 January 2007 during Thai Pongal along with Vijay's Pokkiri and Ajith's Aalwar, eventually becoming a commercial super-hit at the box office, running for more than 200 days in theatres.

Saravanaperumal is a rich salt trader and iron businessman in Thoothukudi. PV Subbiah, his son Velladurai and his daughter Sakunthaladevi from Tirunelveli are his business rivals. Bharaniputhiran is Saravanan's nephew & heir, who has completed college, and roams around uselessly. Bhanumathi is a college student in Barani's alma mater, who meets and falls for Bharani and keeps following him. Bharani comes to know that Bhanu is Sakunthaladevi's only daughter and suspects her behavior and hence does not reciprocate love.