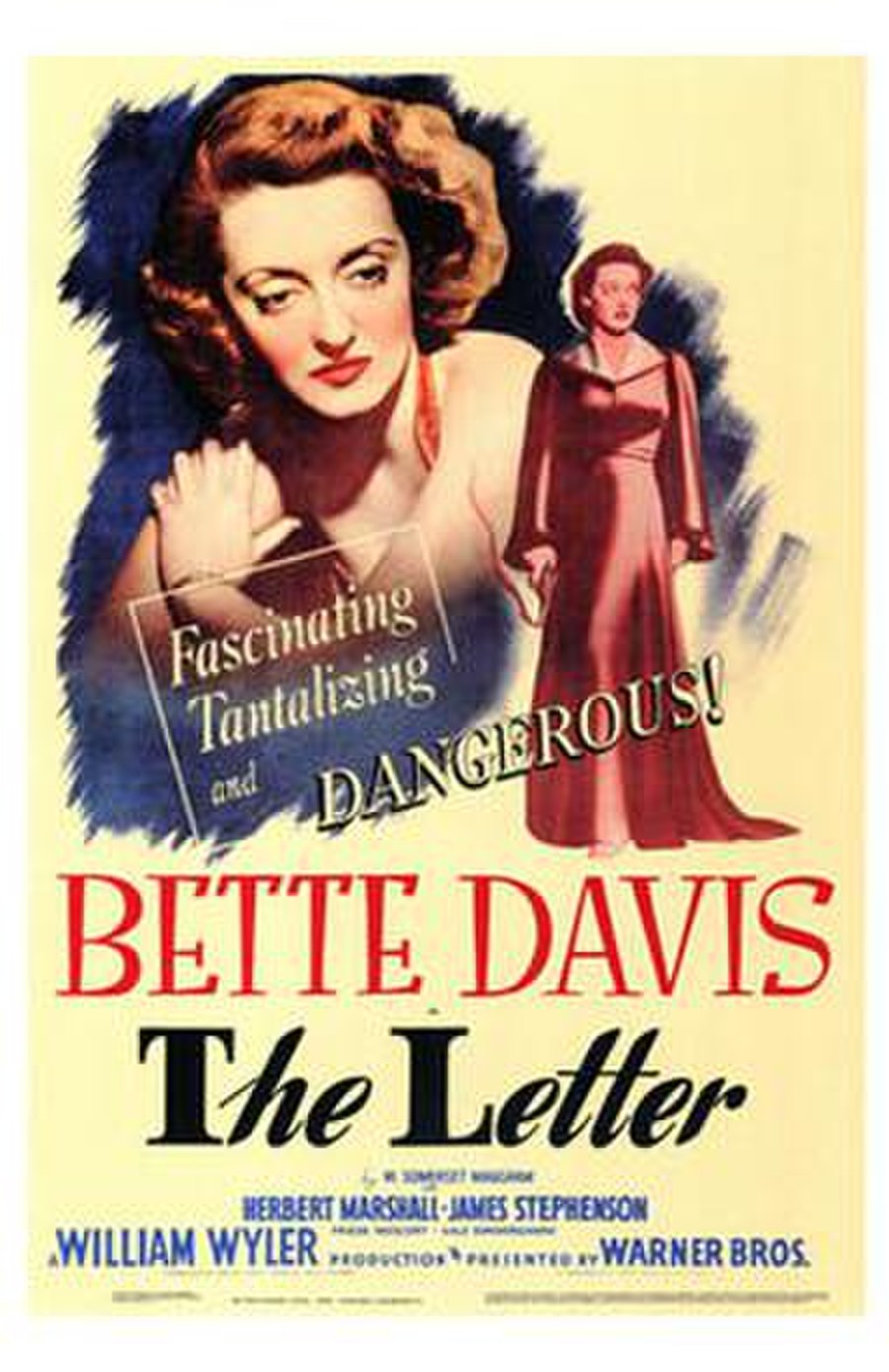 The Letter is a 1940 American film noir crime melodrama directed by William Wyler, and starring Bette Davis, Herbert Marshall and James Stephenson. The screenplay by Howard E. Koch is based on the 1927 play of the same name by W. Somerset Maugham derived from his own short story. The play was first filmed in 1929, by director Jean de Limur. The story was inspired by a real-life scandal involving the wife of the headmaster of a school in Kuala Lumpur who was convicted in a murder trial after shooting dead a male friend in April 1911. She was eventually pardoned.

On a moonlit, tropical night, the native workers are asleep in their outdoor barracks. A shot is heard; the door of a house opens, and a man stumbles out of it, followed by a woman who calmly shoots him several more times, the last few while standing over his body. The woman is Leslie Crosbie, the wife of a British rubber plantation manager in Malaya; her manservant recognizes the man whom she shot as Geoff Hammond, a well-regarded member of the European community. Leslie tells the servant to send for her husband Robert, who is working at one of the plantations. Her husband returns, having summoned his attorney and a British police inspector. Leslie tells them that Geoff Hammond "tried to make love to me" and that she killed him to save her honor.