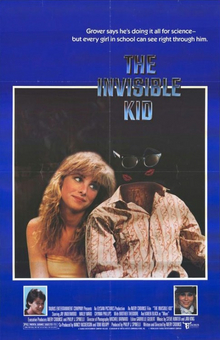 Following in his deceased father's footsteps, Grover Dunn (Jay Underwood) finds a magic formula that makes him vanish. The formula causes all types of trouble for Grover and his mother (Karen Black) and the love of his life (Chynna Phillips).