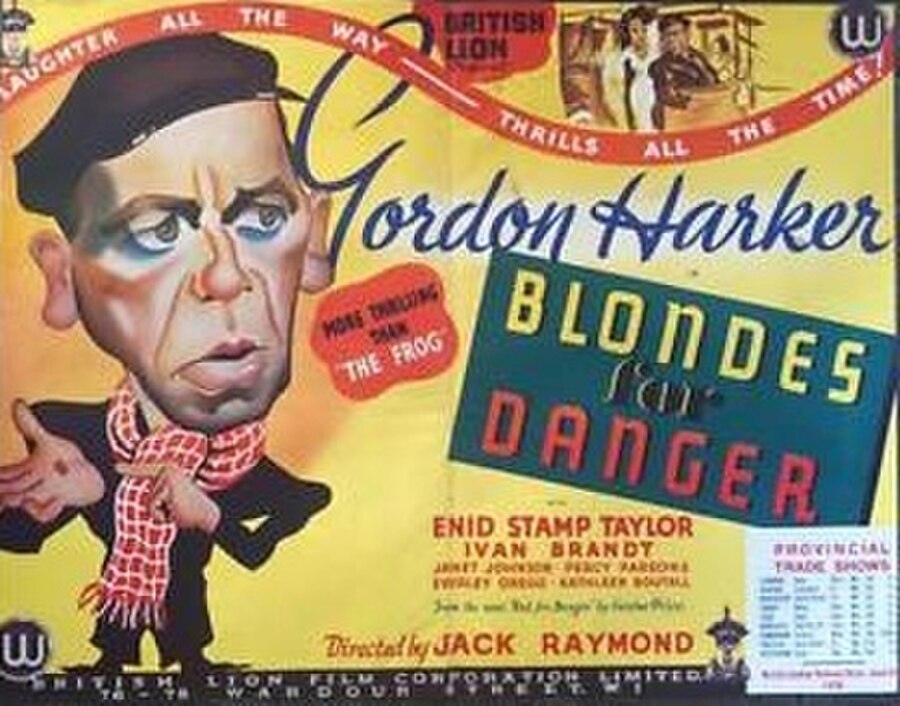 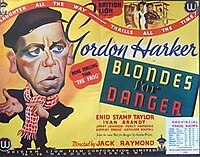 Blondes for Danger is a 1938 British thriller film directed by Jack Raymond and starring Gordon Harker and Enid Stamp-Taylor. It was made at Beaconsfield Studios for release by British Lion. The film's sets were designed by the art director Norman G. Arnold.

London cabbie Alf Huggins finds himself caught up in the world of espionage and assassination. When a British executive's monopoly of the oil industry is threatened, Alf is set up as the patsy for his attempt on a Middle-Eastern Prince's life.