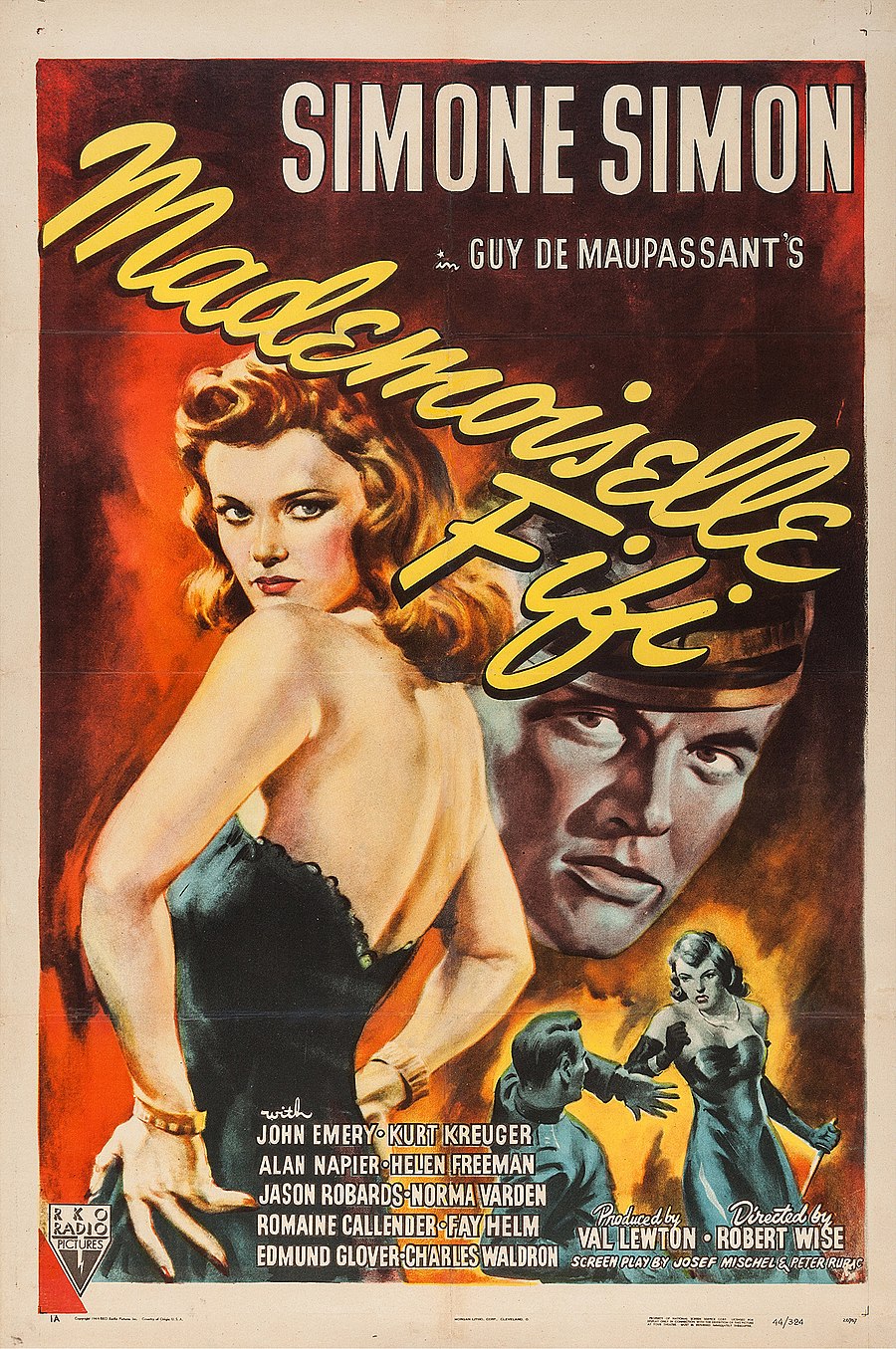 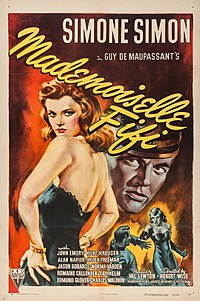 Mademoiselle Fifi is a 1944 American period film directed by Robert Wise for RKO, in his solo directorial debut. It was written by Josef Mischel and Peter Ruric based on two short stories by Guy de Maupassant, "Mademoiselle Fifi" and "Boule de Suif". The film features an ensemble cast headed by Simone Simon, John Emery and Kurt Kreuger, and was produced by noted B-film producer Val Lewton. The movie is set during a time when the Prussian Army occupied part of France in 1870. Since it was produced in Hollywood during the Second World War, in the same year Paris was liberated from Nazi rule, it contains elements of wartime propaganda, evoking Jeanne D’Arc among other heroes of French history, and holding up French people in occupied territory who follow orders as objects of pity or outrage, depending on their circumstances.

In occupied France during the Franco-Prussian War of 1870, a beautiful young laundress, Elizabeth Rousset, shares a stage coach ride from Rouen with a group of condescending nobles and businessmen and their wives, a political firebrand named Jean Cornudet and a young priest on his way to his new assignment. When they stop for the night at a village controlled by Prussian Lieutenant von Eyrick, known to his fellow officers as "Mademoiselle Fifi", their coach is held up until the laundress agrees to "dine" with the lieutenant. Unlike her social betters, who have all fraternized with the enemy, and had them as guests in their homes, Elizabeth is a simple patriot, and will not eat or consort with the invaders of her country, so the coach cannot go on. The group finally convinces her that it would be best for France for them to get on with their business, and she concedes. While she is closeted with the arrogant Prussian, whose aim is to humiliate and degrade her (essentially he forces her to agree to be raped) the rest of the travellers celebrate their deliverance by getting drunk on champagne, and following the progress of the evening's encounter through the sounds coming from upstairs.