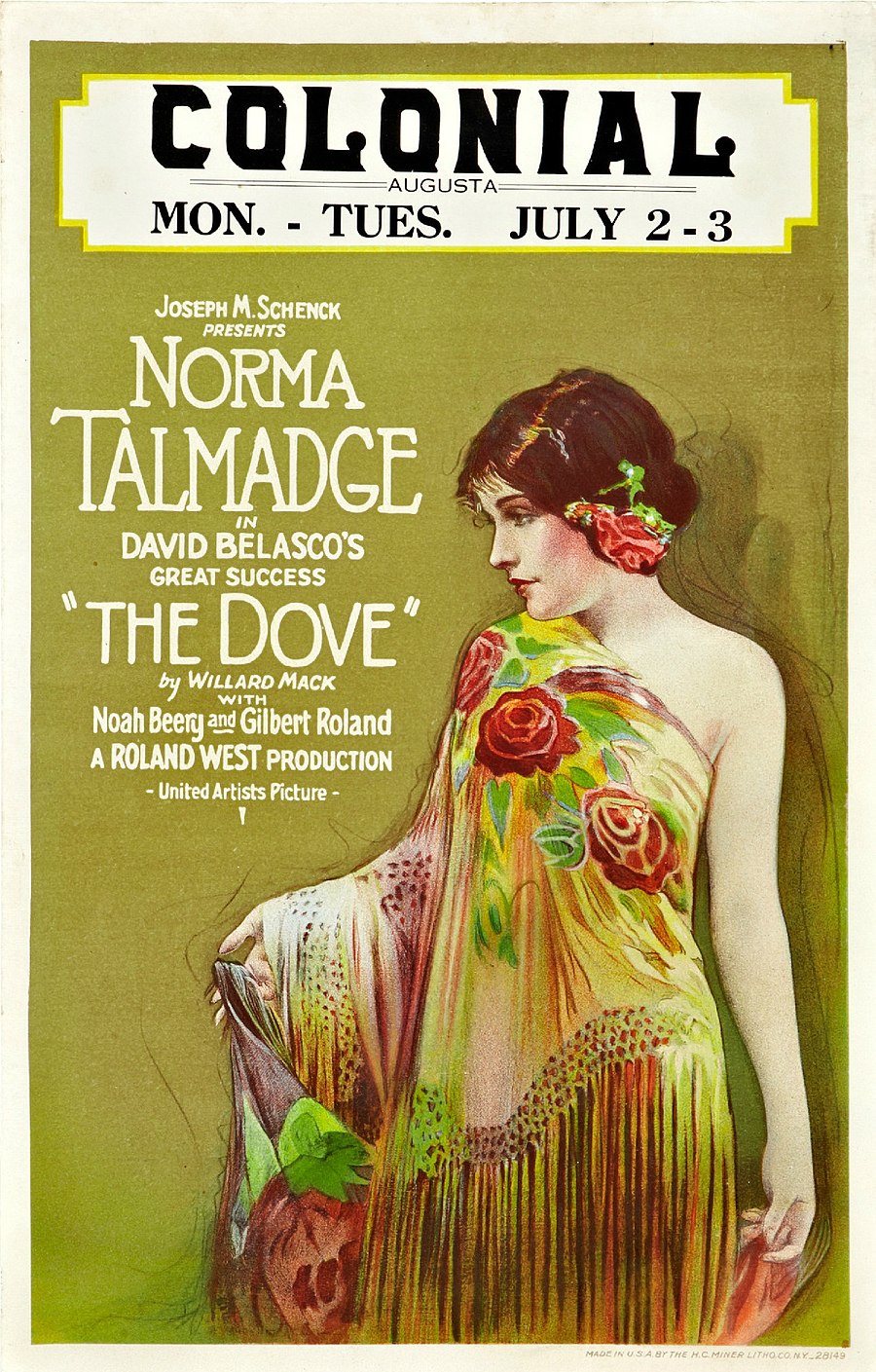 The Dove is a 1927 American silent romantic drama film directed by Roland West based on a 1925 Broadway play by Willard Mack and starring Norma Talmadge, Noah Beery, and Gilbert Roland.

A despot falls for a dancing girl. After she rejects him, she has her other beau framed for murder.