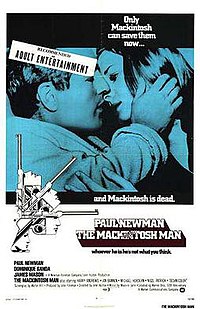 Joseph Rearden, a British Intelligence agent, arrives in London and makes a rendezvous with Mackintosh, the head of his organisation, in a discreet office located just off Trafalgar Square. Mackintosh and his deputy, Mrs Smith, inform him of a simple way to steal diamonds which are transported via the postal service to avoid attention. This he does, apparently getting successfully away after punching a postman, and making off with the diamond-filled parcel. However, that evening, in his hotel room he is paid a visit by two Metropolitan Police detectives who have received an anonymous phone call advising them about the robbery. They are unconvinced by Rearden's pretence to be an innocent Australian who had recently arrived in London.