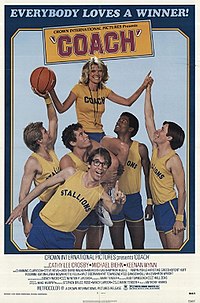 Randy Rowlings, an Olympic gold medalist, is hired by a high school as a male basketball team coach. She meets with a negative attitude of teenagers. She faces a difficult task to overcome the reluctance of players and lead a weak team to victory.