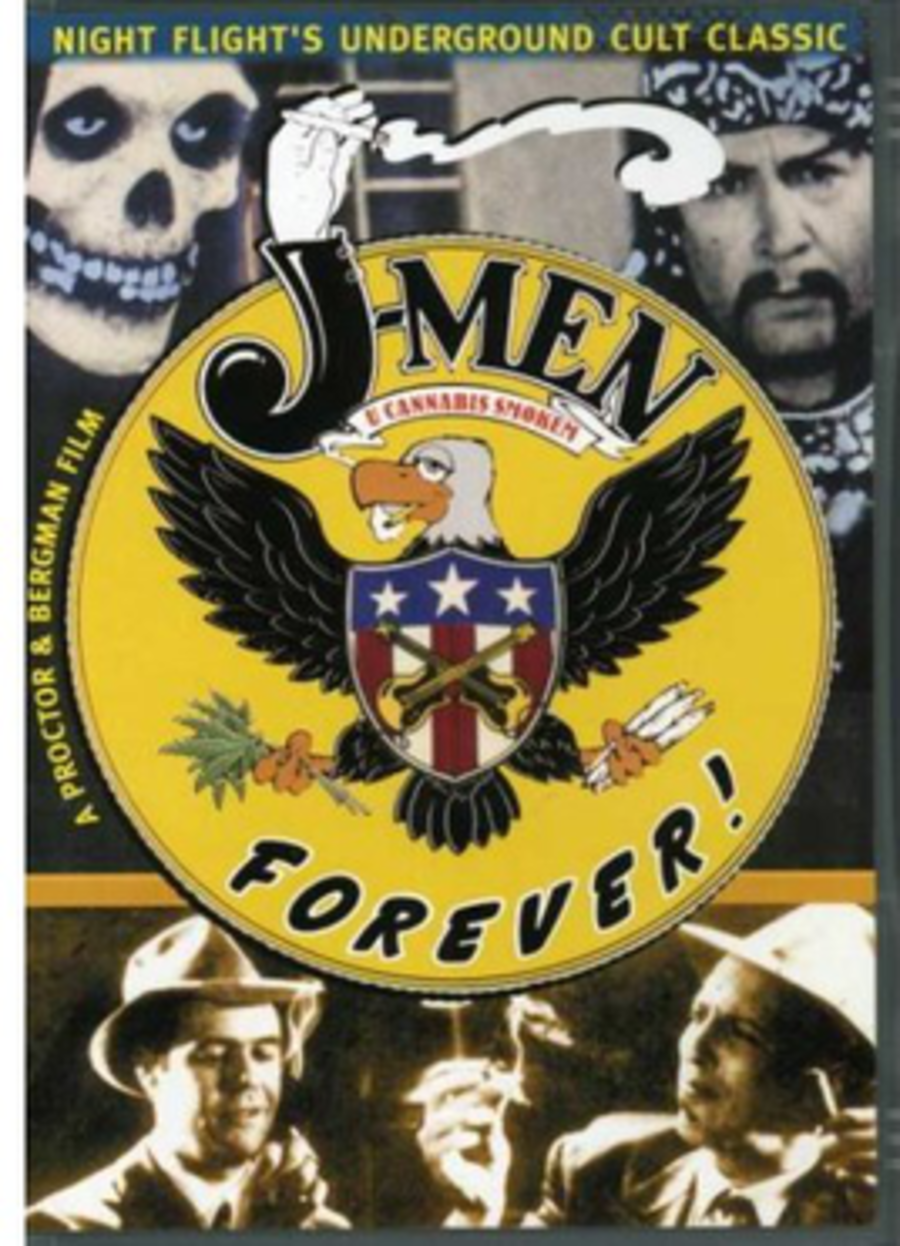 J-Men Forever, originally titled "The Secret World War", is a 1979 comedy film by Philip Proctor and Peter Bergman of the Firesign Theatre. The film is a pastiche using film clips from Republic serials, re-dubbed with comic dialog to tell a tale of world conquest by sex, drugs and rock and roll.

The Bug's first victims are square record moguls Lawrence Milk and Jive Davis, who are hypnotized or otherwise prodded into killing themselves, and bandleader 'Scream' Dorsey, whose car is booby trapped and then run off a cliff. The Bug, his henchmen and henchwomen (including the villainess Sombra) are opposed by the J-Men, a group of government agents hired by the legendary J. Eager Believer.