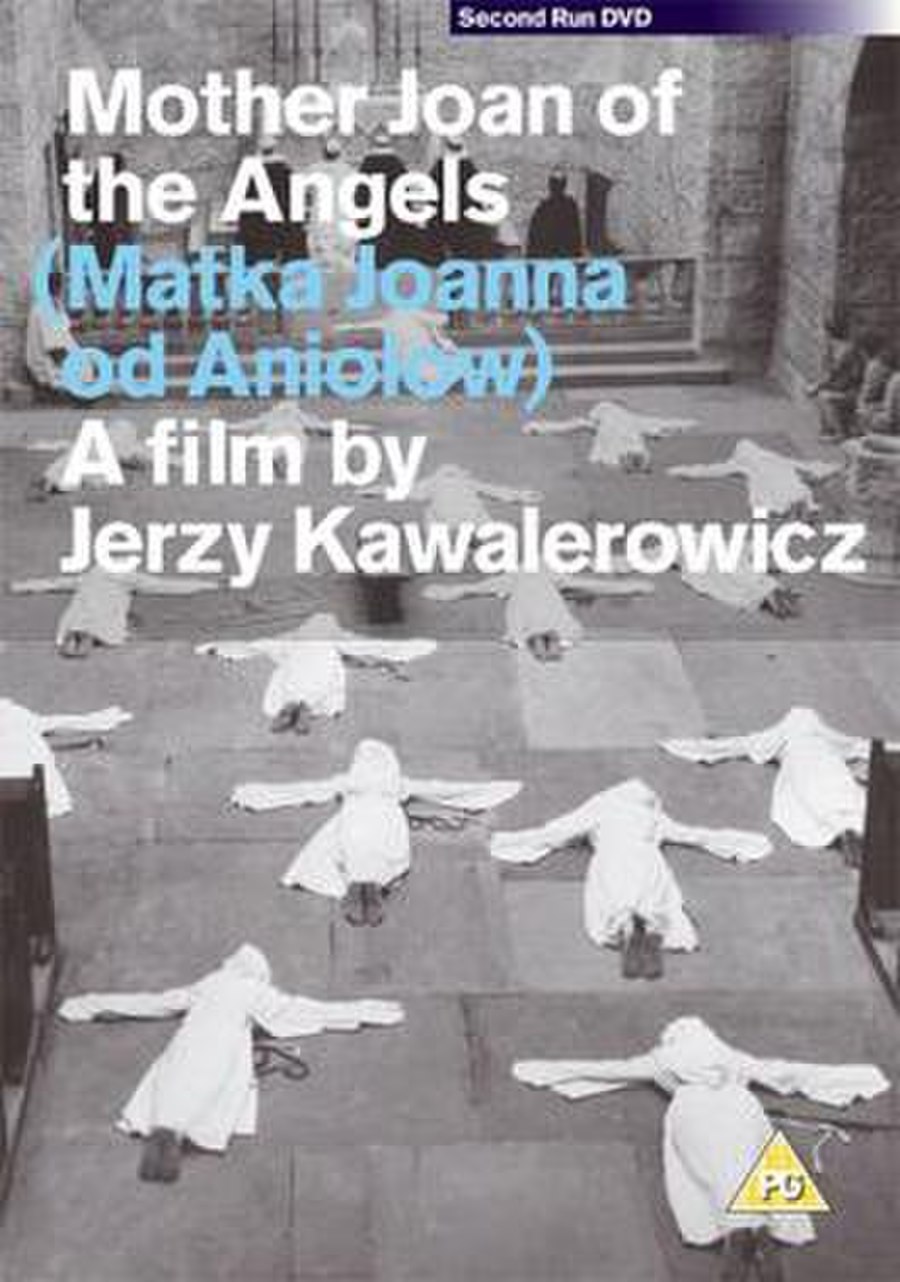 Mother Joan of the Angels 1962

Mother Joan of the Angels (, also known as The Devil and the Nun) is a 1961 horror film on demonic possession, directed by Jerzy Kawalerowicz, based on a novella of the same title by Jarosław Iwaszkiewicz. The film won the Special Jury Prize at the 1961 Cannes Film Festival.

The story takes place in and around a seventeenth century Polish convent. A priest, Father Józef Suryn (Mieczyslaw Voit), arrives at a small inn for a night's rest. He has been sent to investigate a case of demonic possession at the nearby convent after the local priest, Father Garniec, was burnt at the stake for sexually tempting the nuns. The next day, Father Suryn sets out for the convent, where he meets the abbess, Mother Joan (Lucyna Winnicka), said to be the most possessed of all the nuns. Already four priests before Father Suryn have tried to exorcise Mother Joan, but without success. The villagers at the inn are curious about the convent's troubled past and do everything to keep track of its developing story, with the stableman, Kaziuk (Jerzy Kaczmarek), leading Father Suryn around and asking the only non-possessed nun Sister Malgorzata (Anna Ciepielewska) for stories when she makes her nightly visits to the inn. After Father Suryn learns that Mother Joan is possessed by eight demons, he and several other priests, during an exorcism, manage to exorcise the abbess. She and the other nuns appear cured. Soon after, however, the demonic possession increases. Mother Joan tries to seduce Father Suryn, begging him to make her a saint. In the meantime Sister Malgorzata leaves the convent and becomes Margareth after falling in love with Chrząszczewski (Stanisław Jasiukiewicz), a squire who visits the inn.