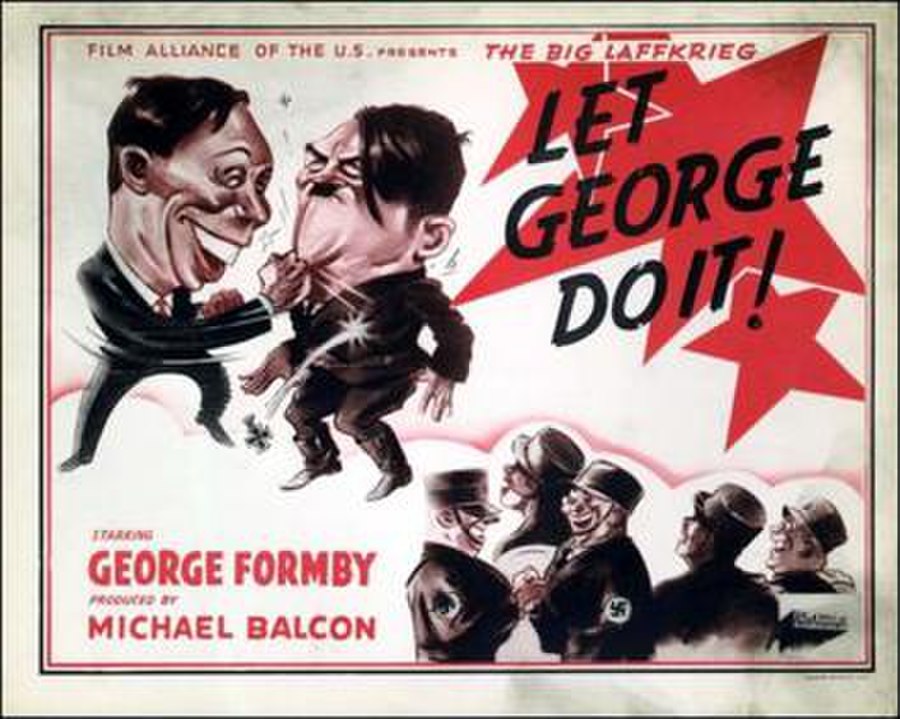 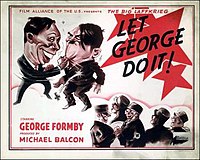 Let George Do It! (US: To Hell With Hitler) is a 1940 British black-and-white comedy musical war film directed by Marcel Varnel and starring George Formby. It was produced by Michael Balcon for Associated Talking Pictures and its successor, Ealing Studios, and distributed in the UK by ABFD. This was the first comedy from this studio to deal directly with the Second World War.

At the beginning of the Second World War, before Germany invaded Norway, a ukulele player in a British dance band playing at a Bergen hotel, is found shot dead during a radio broadcast of the band's show. It turns out he was a British agent keeping an eye on the band leader, Mark Mendes (Garry Marsh), who is suspected of being a German agent passing on information about British shipping to German U-boats, using a code concealed in the radio broadcasts.