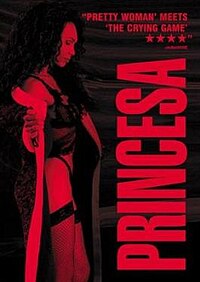 Princesa is a 2001 film directed by Henrique Goldman that tells the story of a transsexual woman, Fernanda, who travels to Milan and works as a prostitute to finance her sex reassignment surgery. The film was inspired by a book of the same name written by Maurizio Janelli and Fernanda Farias de Albuquerque.