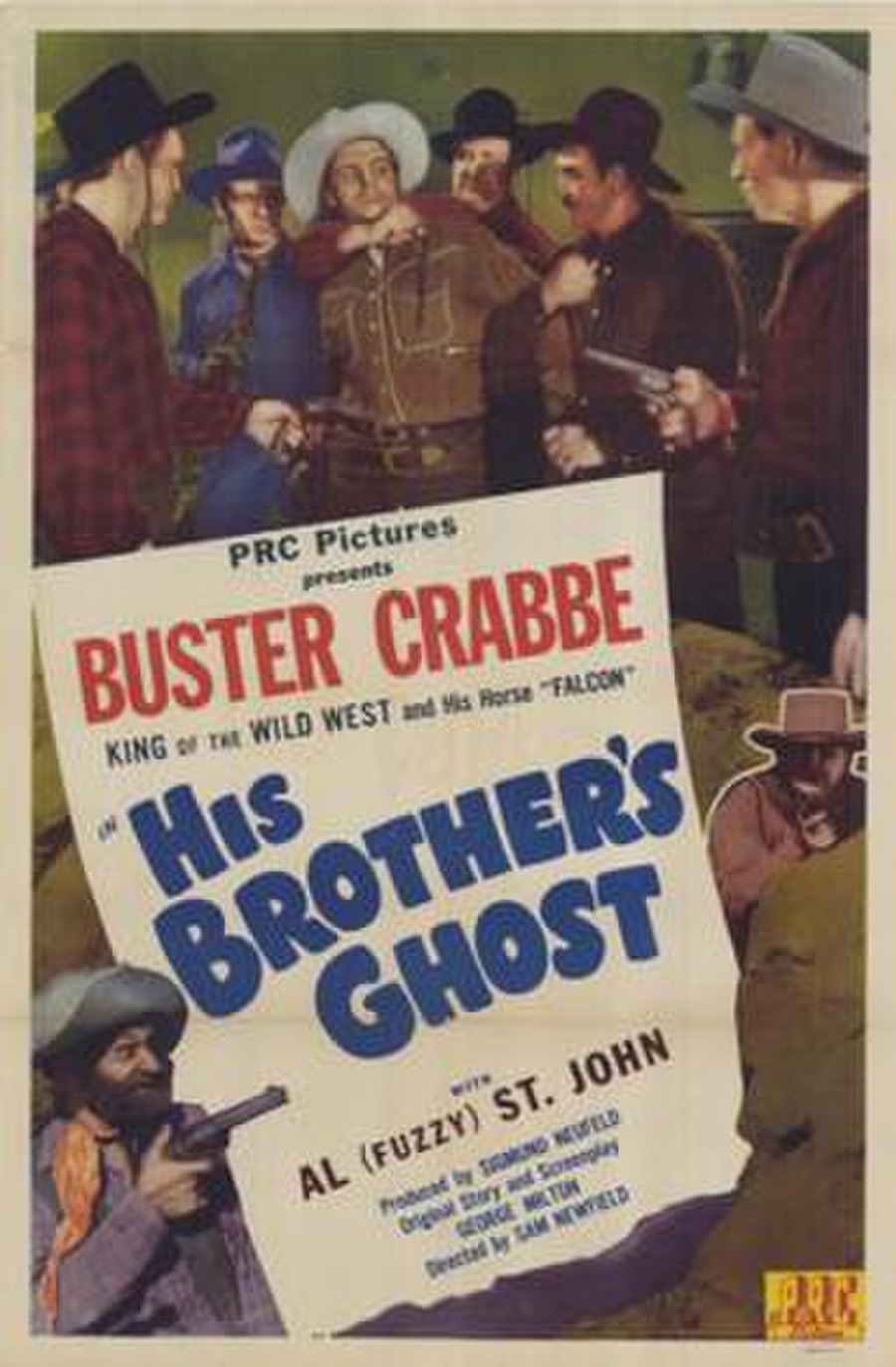 His Brother's Ghost is a 1945 American Western film directed by Sam Newfield.

When a group of gunmen are running sharecroppers off their land, rancher Andy Jones sends for his friend Billy Carson to organise the sharecroppers to fight. Andy is soon mortally wounded by the gunmen, but before his death schemes for his no good twin brother Fuzzy to be sent for to impersonate him. The gunmen, witnessing Andy's funeral fear that Fuzzy is Andy's avenging ghost.