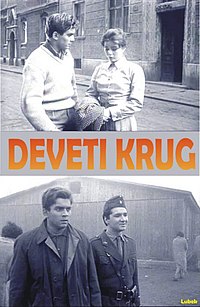 In order to save Ruth, a Jewish girl, from the Nazis and their collaborators, a Croatian family arranges for her to marry their young son, Ivo. The young man, despite understanding the necessity of this arrangement, is unhappy with this sudden end to his careless youth and at first seems to dislike the girl, dismissing her as "a mere child" and continuing to go out with his best friend Magda, who he is also romantically interested in. Magda, who is aware of his marriage, quickly seeks to distance herself from his advances, and when a drunk Ivo calls her to his bachelor party, resulting in a highly uncomfortable situation for her, their prospective relationship ends. Angered by this, Ivo has an emotional outbreak upon returning home, causing Ruth to run out into the dark streets, where she attempts to deliberately expose herself to a passing patrol, only to be saved at the last second by Ivo's father.