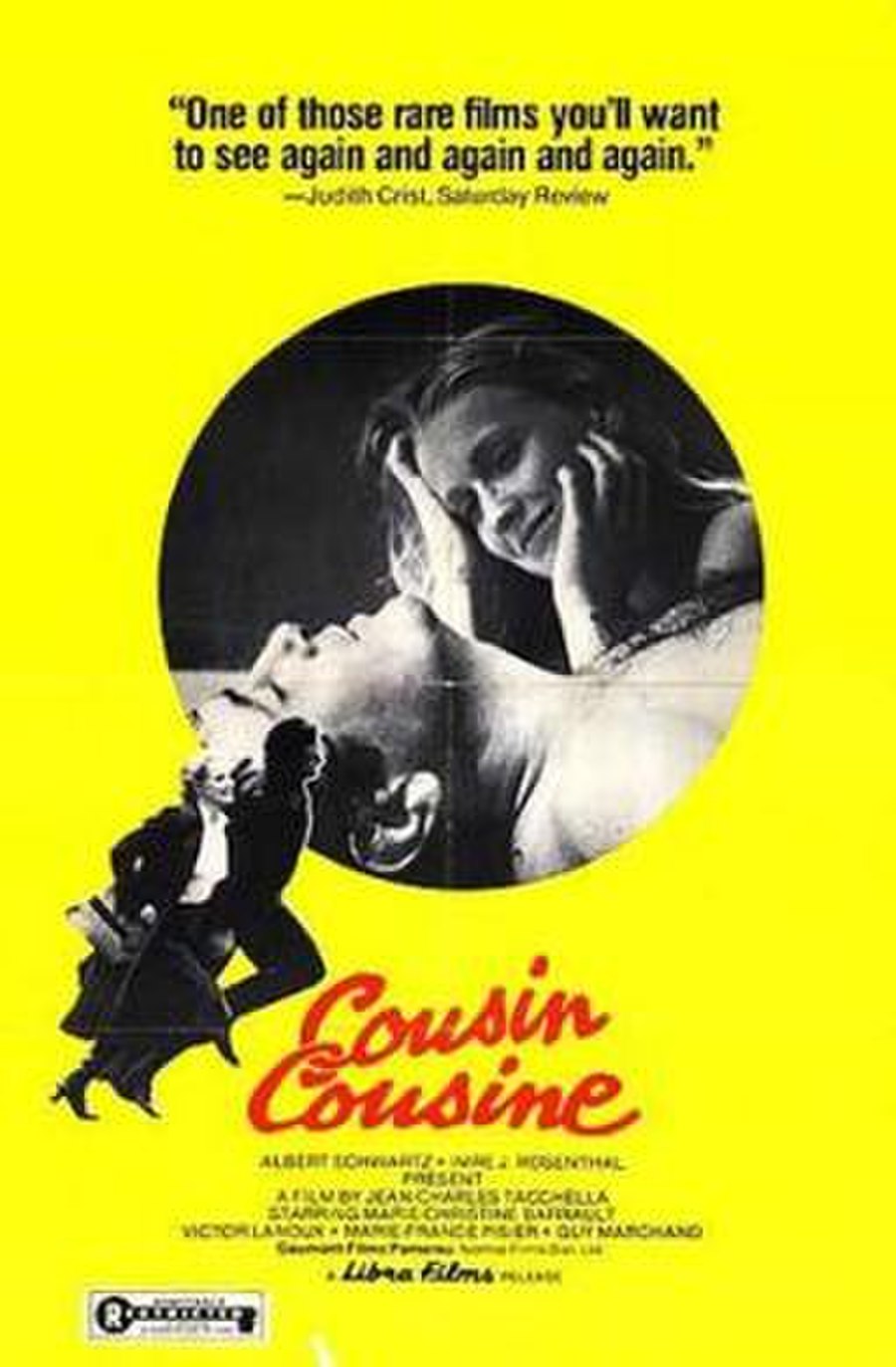 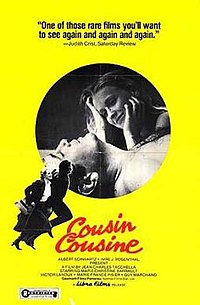 Cousin Cousine is a 1975 French romantic comedy film directed by Jean-Charles Tacchella and starring Marie-Christine Barrault, Victor Lanoux, and Marie-France Pisier. Written by Tacchella and Danièle Thompson, the film is about two cousins by marriage who meet at a wedding and develop a close friendship. After their spouses prove unfaithful, the cousins' friendship leads to a passionate love affair. Cousin Cousine received an Academy Award nomination for Best Foreign Language Film, a César Award nomination for Best Film, a Golden Globe nomination for Best Foreign Film, and the U.S. National Board of Review Award as one of the Top 5 Foreign Films of the Year. In 1989, an English language remake was released, Cousins.

Two cousins related by marriage, Marthe (Marie-Christine Barrault) and Ludovic (Victor Lanoux), meet at a family wedding for the first time. Marthe is the bride's daughter and Ludovic is the groom's nephew. After a raucous wedding reception with plenty of dancing and drinking, Marthe and Ludovic are left waiting for their respective spouses, Pascal (Guy Marchand) and Karine (Marie-France Pisier), who are off having sex. While they wait, they get to know each other: Marthe is a secretary and Ludovic is a dance instructor who changes his occupation every three years. Later they dance together, even after the lights are turned off. Eventually Pascal and Karine show up, slightly disheveled, and the couples part.