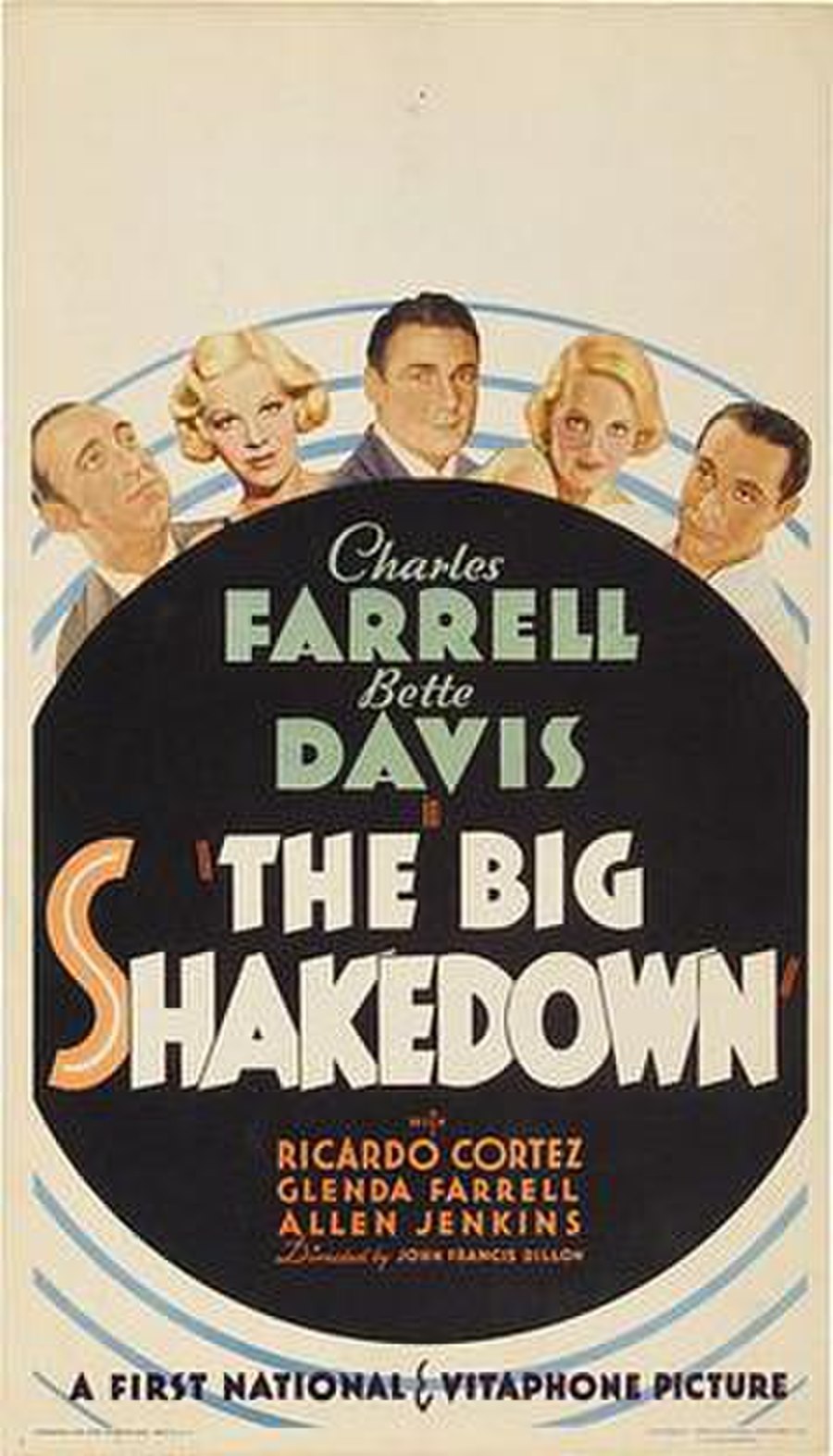 The Big Shakedown is a 1934 American Pre-Code drama film starring Charles Farrell and Bette Davis, and directed by John Francis Dillon. The screenplay is based on the story "Cut Rate" by Niven Busch and Samuel G. Engel. The film also stars Ricardo Cortez and Glenda Farrell and is director John Francis Dillon's final film.

Jimmy Morrell (Charles Farrell) and Norma Nelson (Bette Davis) who plan to wed as soon as their neighborhood pharmacy begins to show a profit. The opportunity arises when former bootlegger Dutch Barnes (Ricardo Cortez) offers Jimmy a job duplicating name brand toothpaste and cosmetics that can be made cheaply and then sold in the bottles and jars of reputable pharmaceutical companies at regular prices. When Dutch asks him to copy the formula for a popular brand of antiseptic, Jimmy refuses, claiming he's unable to get a key ingredient, but when Dutch offers him a bonus hefty enough to allow Jimmy to marry Norma, he agrees.