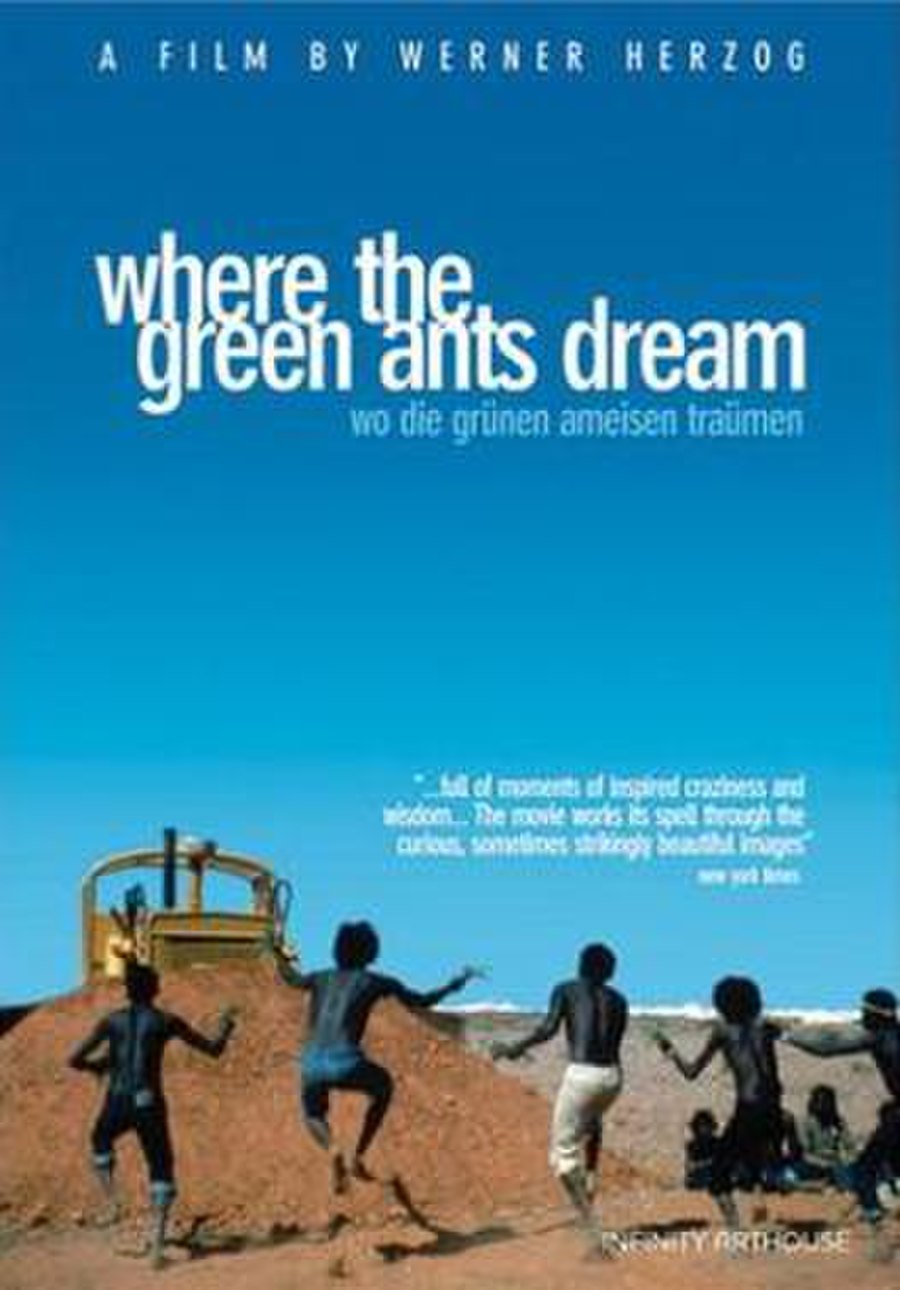 Where the Green Ants Dream 1984

Where the Green Ants Dream is a 1984 film directed by Werner Herzog. Based partly on the Milirrpum v Nabalco Pty Ltd case and making use of professional actors as well as Aboriginal activists who were involved in the case, it was a mix of facts and fiction. The ant mythology was claimed as Herzog's own, but some natives did consider the green ant as the totem animal that created the world and humans. Wandjuk Marika noted that the ant dreaming belief existed in a clan that lived near Oenpelli in the Northern Territory. The film is set in the Australian desert and is about a land feud between a mining company called Ayers (based on Nabalco) and the native Aborigines. The Aborigines claim that an area the mining company wishes to work on is the place where green ants dream, and that disturbing them will destroy humanity. The film was entered in the 1984 Cannes Film Festival.