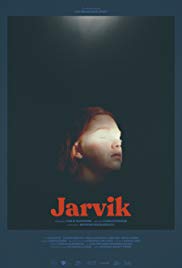 Jarvik is a Canadian short drama film, directed by Emilie Mannering and released in 2019. The film centres on a young girl (Léïa Scott) whose desire for freedom conflicts with the medical limitations experienced by her brother (Maxime Roberge), who has an artificial heart. The film's cast also includes Maëlla Gougeon-Larouche and Monia Chokri.