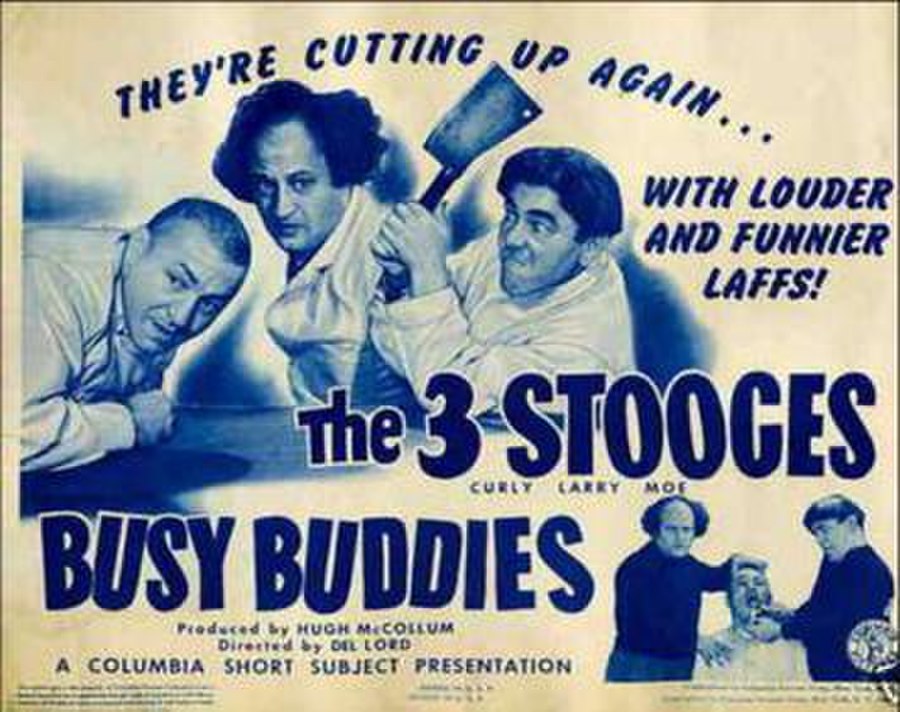 Busy Buddies is a 1944 short subject directed by Del Lord starring American slapstick comedy team The Three Stooges (Moe Howard, Larry Fine and Curly Howard). It is the 78th entry in the series released by Columbia Pictures starring the comedians, who released 190 shorts for the studio between 1934 and 1959.

The Stooges operate the Jive Cafe and are enduring significant debt. They reluctantly take a second job hanging posters (à la Three Little Twirps), earning a penny for each poster hung. Moe takes notice of one particular poster advertising a cow milking contest that pays $100 to the winner. Without hesitation, Moe and Larry nominate Curly for the contest, and go about looking for a cow to practice milking on. They coincidentally find a "cow" (a bull) behind the fence. Curly is no match for the wild animal, and he is quickly booted over a fence twice, then up onto a telephone pole.