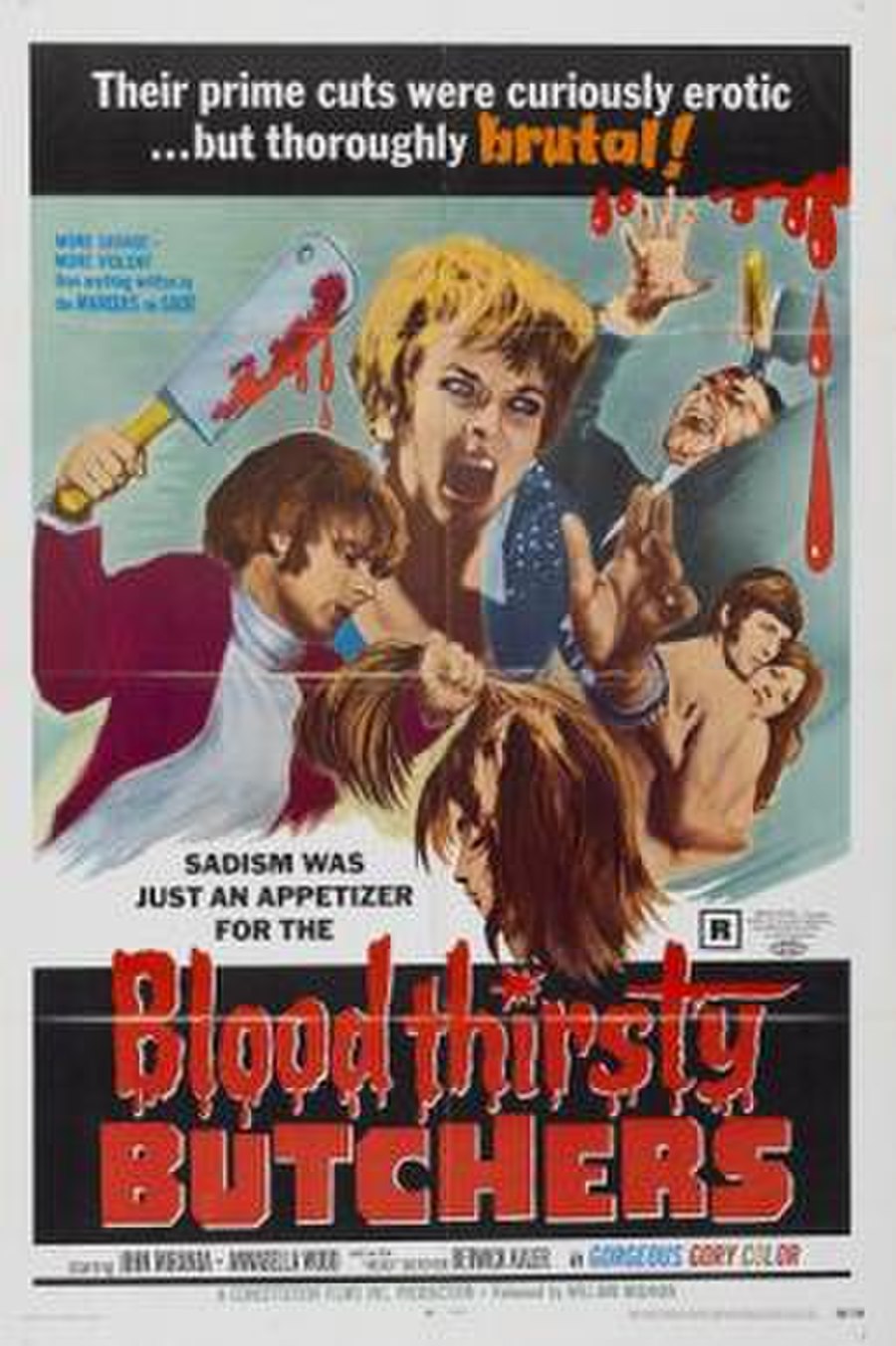 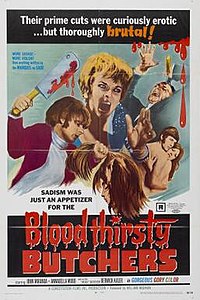 Bloodthirsty Butchers is a 1970 horror film directed by Andy Milligan and starring Michael Cox, Linda Driver, Jane Helay, and Bernard Kaler. It is an adaptation of the notorious story of Sweeney Todd.

An updated version of the Sweeney Todd legend, this melodrama tells the tale of a murderous barber, Sweeney Todd, who supplies raw meat for his neighbor, Mrs. Lovett, who runs a pie shop. Amid the resulting carnage is a romantic sub-plot, although the film focuses mainly on the gore.