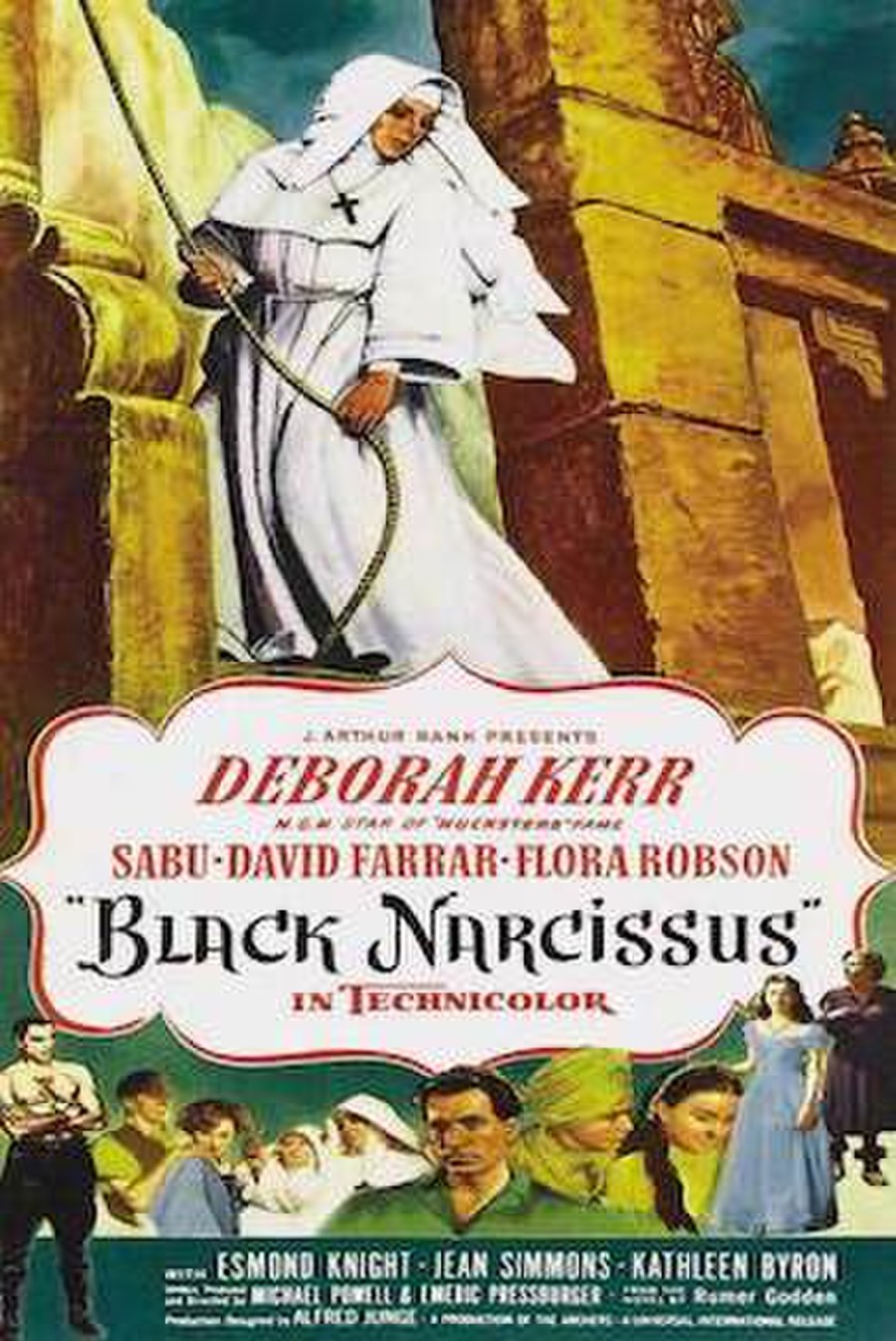 Black Narcissus is a 1947 British psychological drama film written, produced, and directed by Michael Powell and Emeric Pressburger, and starring Deborah Kerr, Kathleen Byron, Sabu, David Farrar, Flora Robson, Esmond Knight, and Jean Simmons. The title refers to the Caron perfume Narcisse noir. Based on the 1939 novel by Rumer Godden, the film revolves around the growing tensions within a small convent of Anglican nuns who are trying to establish a school and hospital in the old palace of an Indian Raja at the top of an isolated mountain above a fertile valley in the Himalayas. The palace has ancient Indian erotic paintings on its walls and is run by the agent of the Indian general who owns it, an attractive middle-aged Englishman who is normally dressed only in shorts and is a source of sexual attraction for the nuns.

A mission of Anglican nuns from the Order of The Servants of Mary is invited by the Rajput ruler of a princely state to set up a school and hospital (to be called St. Faith) in the dilapidated seraglio where his father's harem was based, high on a cliff in the Himalayas. An order of monks has already tried unsuccessfully to establish themselves there, and the General's agent Mr. Dean makes the social and environmental difficulties plain. The ambitious Sister Clodagh is appointed Sister Superior and sent with four other nuns: Sister Philippa for the garden, Sister Briony for the infirmary; Sister Blanche, better known as "Sister Honey" to teach lace-making, and the emotionally unwell Sister Ruth for general classes. Mr. Dean is unimpressed, and gives them until the beginning of the monsoon before they leave.