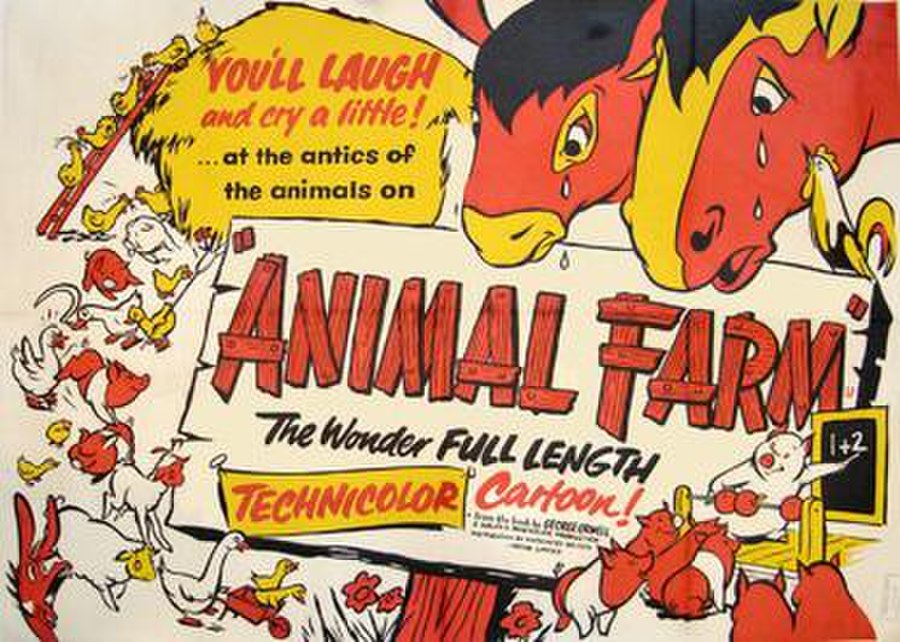 Animal Farm is a 1954 British-American animated drama film directed by John Halas and Joy Batchelor. It was produced by Halas and Batchelor, based on the 1945 novel of the same name by George Orwell. It was the first British animated feature (Water for Firefighting and Handling Ships, two feature-length wartime training films, were produced earlier, but did not receive a formal cinema release).

Manor Farm is a formerly prosperous farm that has fallen on hard times, while suffering under the now-ineffective leadership of its aggressive and drunken owner, Mr. Jones. One night, Old Major, the prize pig and the second-oldest animal on the farm, calls all of the animals on the farm together for a meeting, where he decries their abuse and unhappiness under Jones, encouraging the animals to oust him, while emphasizing that they must hold true to their convictions after they have gained freedom. With that, he teaches the animals a revolutionary song, "Beasts of England", before collapsing dead mid-song, much to their horror.