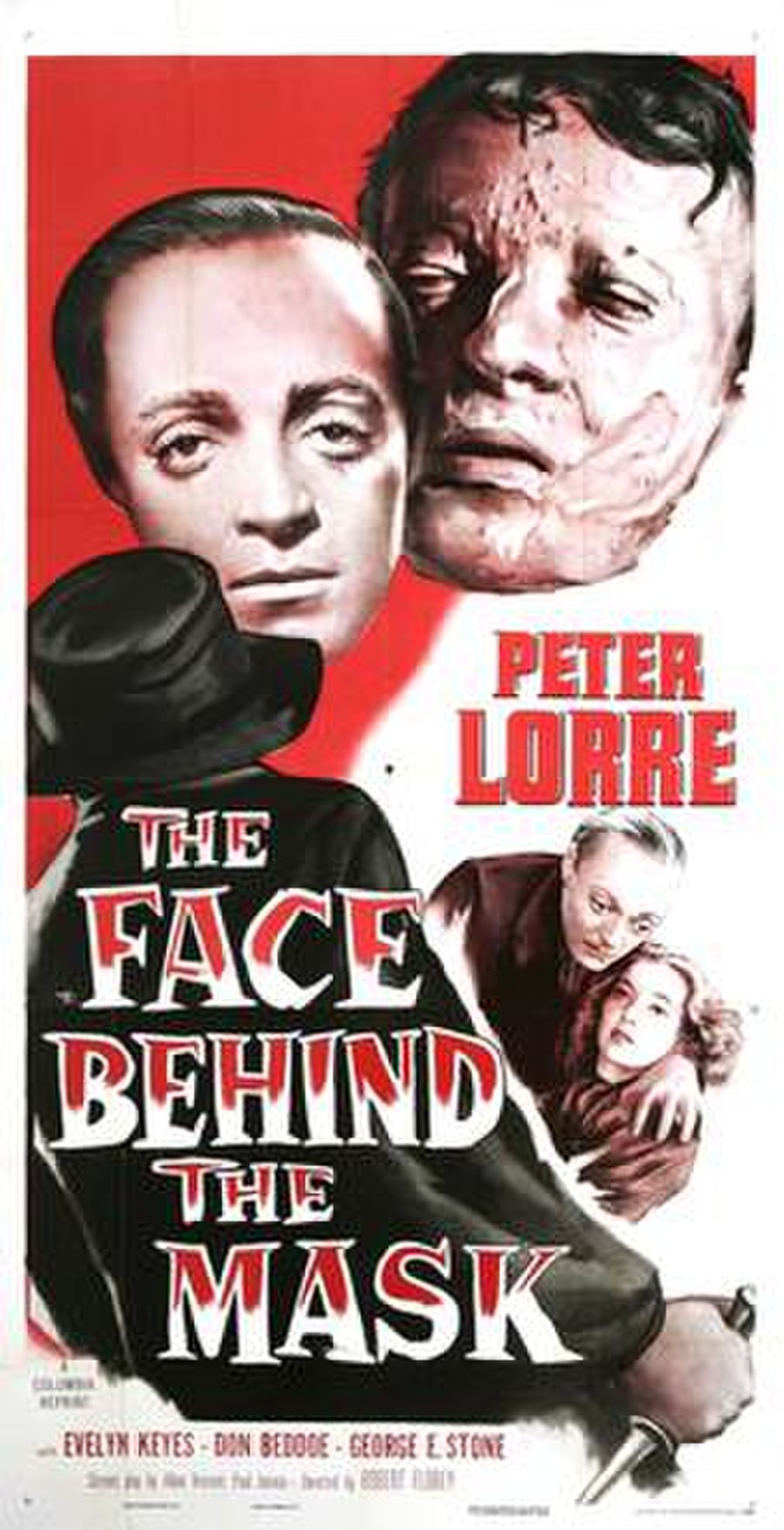 The Face Behind the Mask is a 1941 American crime film released by Columbia Pictures. It stars Peter Lorre and Evelyn Keyes and was directed by Robert Florey. The screenplay was adapted by Paul Jarrico, Arthur Levinson, and Allen Vincent from the play Interim, written by Thomas Edward O'Connell.

The film is the story of a hopeful new Hungarian immigrant Janos Szabo (Peter Lorre), who, on his first day in New York City, is trapped in a hotel fire that leaves his face hideously scarred. Refused employment due to his appearance, although he possesses tremendous skill as a watchmaker, the only way he can survive is by turning to theft, using his skilled hands to disable alarms. Eventually he becomes the leader of a gang of thieves and raises money to commission and wear a realistic latex mask of his own face.