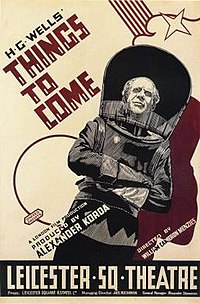 In the city of Everytown in southern England, businessman John Cabal (Raymond Massey) cannot enjoy Christmas Day, 1940, with the news everywhere of possible war. His guest, Harding (Maurice Braddell), shares his worries, while another friend, the over-optimistic Pippa Passworthy (Edward Chapman), believes it will not come to pass, and if it does, it will accelerate technological progress. An aerial bombing raid on the city that night results in general mobilisation and then global war.