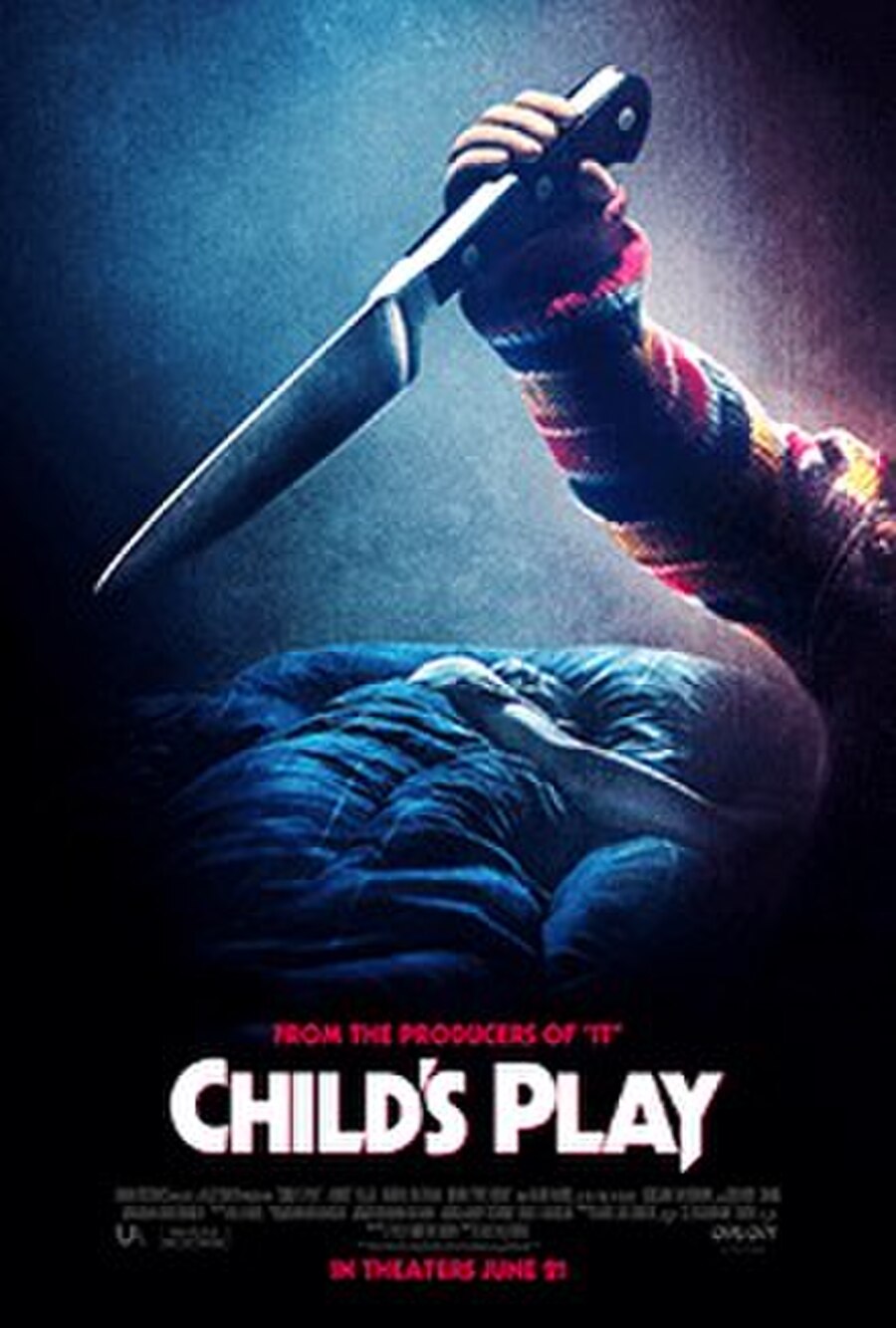 Child's Play is a 2019 American slasher film directed by Lars Klevberg, produced by Seth Grahame-Smith and David Katzenberg, and written by Tyler Burton Smith, serving as a remake of the 1988 film of the same title and a reboot of the Child's Play franchise The film stars Aubrey Plaza, Gabriel Bateman, Brian Tyree Henry, and Mark Hamill as the voice of Chucky. The plot follows a family terrorized by a high-tech doll who becomes self-aware and subsequently murderous.

The multinational Kaslan Corporation has just launched Buddi, a revolutionary line of high-tech dolls designed to be life-long companions to their owners, learning from their surroundings, and acting accordingly. Buddi dolls can also connect to and operate other Kaslan products, quickly becoming a success for children worldwide. At a Buddi assembly factory in Vietnam, an employee is fired by his supervisor for insufficient work. In retaliation, the employee manipulates the doll that he is assembling by disabling all of its safety protocols, before killing himself. The doll is packed alongside others in preparation for international delivery.