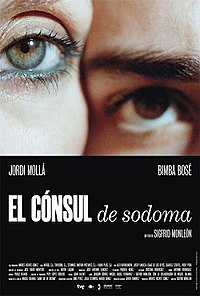 The Consul of Sodom is a 2009 Spanish film directed by Sigfrid Monleón and starring Jordi Mollà. It is a biopic of the Catalan poet Jaime Gil de Biedma, based on a biography written by Miguel Dalmau.