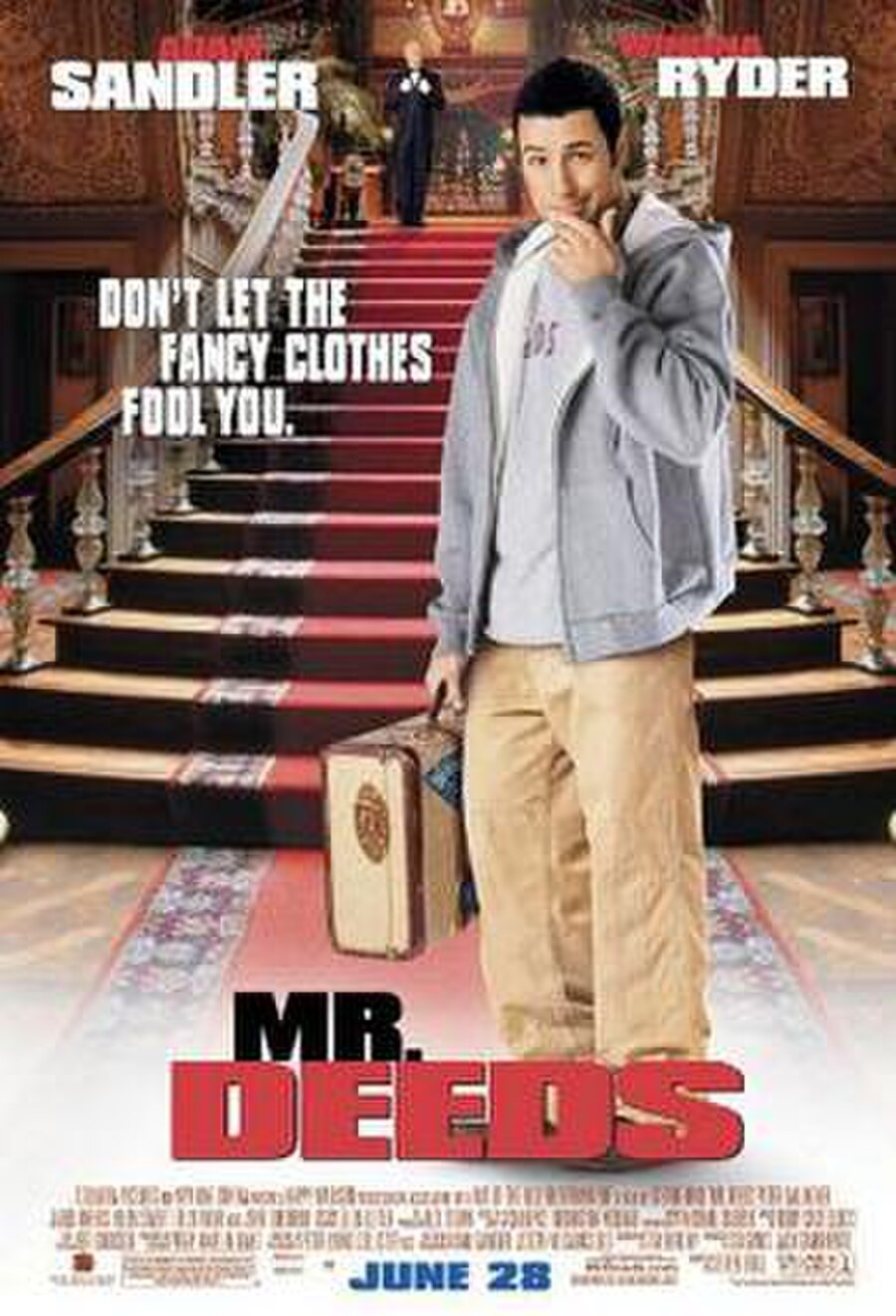 Mr. Deeds is a 2002 American comedy film directed by Steven Brill, written by Tim Herlihy, and starring Adam Sandler and Winona Ryder with Peter Gallagher, Jared Harris, Allen Covert, Erick Avari, and John Turturro in supporting roles. It was a remake of the 1936 Frank Capra film Mr. Deeds Goes to Town, which itself was based on the 1935 short story Opera Hat by Clarence Budington Kelland.

Multi-billionaire Preston Blake freezes to death upon reaching the top of Mount Everest. With no immediate heir, it is unclear who will inherit Blake's massive fortune. His board of directors discover that he has a living grandnephew named Longfellow Deeds, who runs a pizzeria in Mandrake Falls, New Hampshire, and also writes greeting cards. Deeds is flown to New York City by businessman Chuck Cedar, who temporarily controls Blake Media. Once Deeds arrives, plans are made for him to sell his shares in the company to Cedar and return home with $40 billion. Deeds remains in New York while the legal details are worked out.