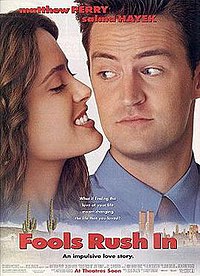 Alex Whitman, a New York City architect, is sent to Las Vegas to supervise the construction of a nightclub that his firm has been hired to build. Alex, a strait-laced WASP-ish type, meets Isabel Fuentes, a free-spirited Mexican-American photographer. Alex and Isabel are overtaken by lust at first sight and spend the night together; however, their immediate attraction does not last, and in the cold morning light, Isabel quietly slips away while Alex is still asleep.