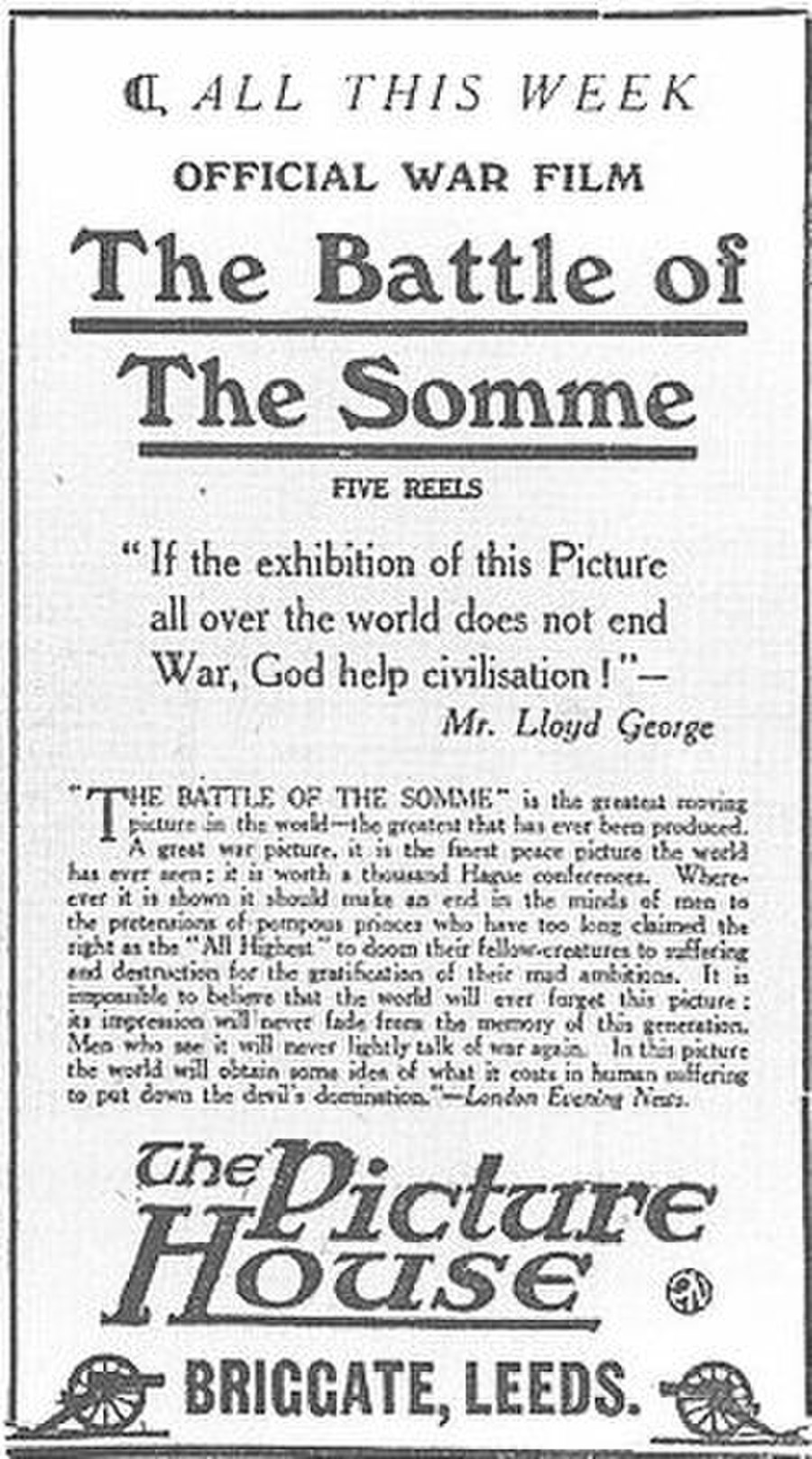 The Battle of the Somme (US title, Kitchener's Great Army in the Battle of the Somme), is a 1916 British documentary and propaganda war film, shot by two official cinematographers, Geoffrey Malins and John McDowell. The film depicts the British Army in the preliminaries and early days of the Battle of the Somme (1 July – 18 November 1916). The film premièred in London on 10 August 1916 and was released generally on 21 August. The film depicts trench warfare, marching infantry, artillery firing on German positions, British troops waiting to attack on 1 July, treatment of wounded British and German soldiers, British and German dead and captured German equipment and positions. A scene during which British troops crouch in a ditch then "go over the top" was staged for the camera behind the lines.