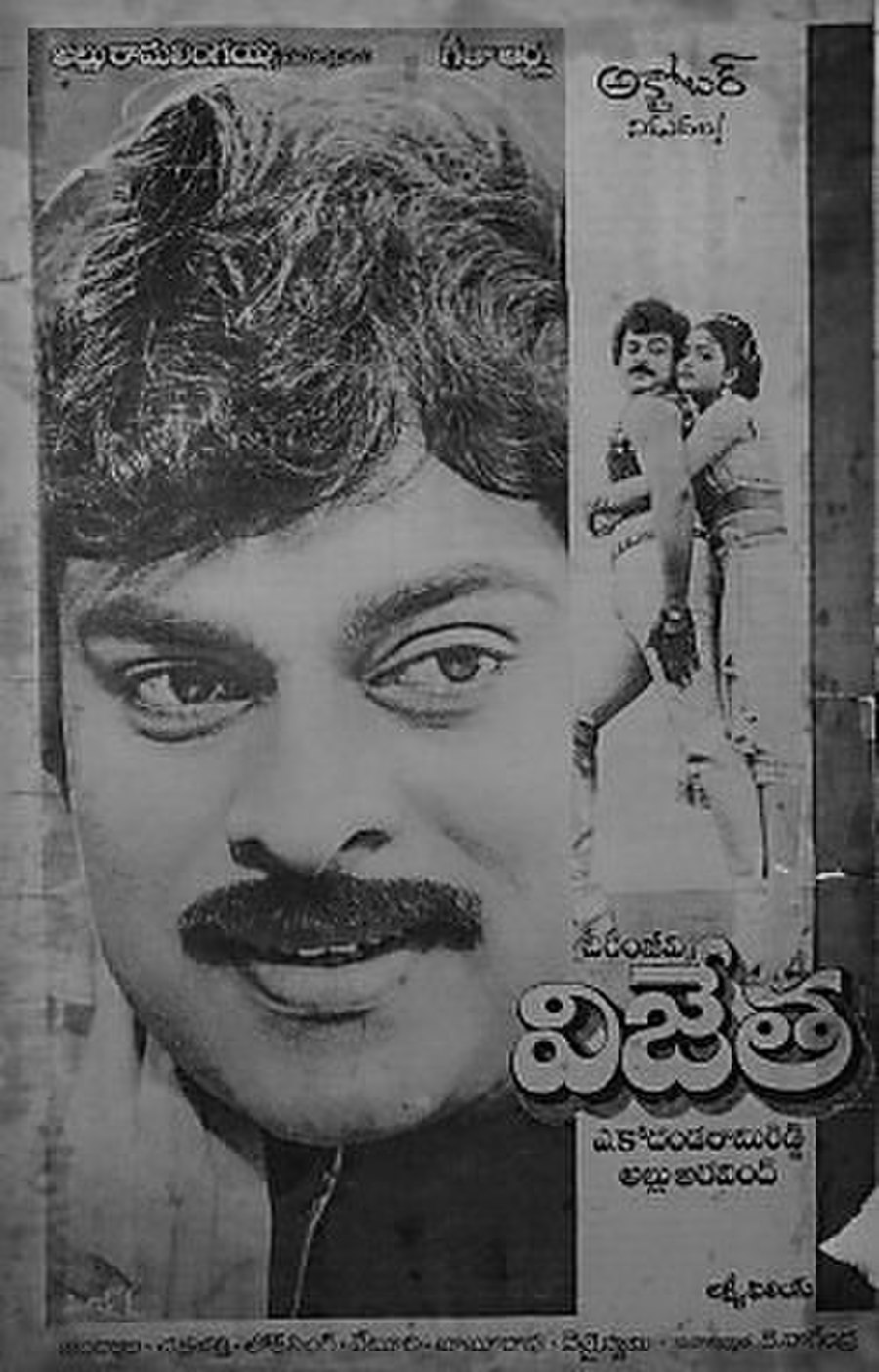 Vijetha is a 1985 Indian Telugu film directed by A. Kodandarami Reddy and produced by Allu Aravind starring Chiranjeevi, Bhanupriya and J. V. Somayajulu. The film released on 23 October 1985. The movie is a remake of the Hindi movie Saaheb which itself was a remake of 1981 Bengali movie of same name. The film was dubbed in Tamil as Dharma Prabhu.

Madhusudhana Rao, aka Ravi (Chiranjeevi) is a wannabe football player, who would like to represent his country. Chinnababu is also the youngest son of Narasimham (J. V. Somayajulu). Chinnababu is in love with his childhood friend and neighbour Priyadarshani (Bhanupriya). Despite his father's efforts to stop him, Chinnababu's love towards football grows and his coach encourages him to participate in leagues. Priyadarshani supports him in all his endeavours. Chinnababu's younger sister's marriage gets fixed and they are unable to arrange enough money for the marriage. Narasimham asks his sons to contribute. But, his sons, who are controlled by their wives deny any help. Frustrated, Narasimham tries to sell his house. But, Chinnababu stops him in the last moment and sends him money, saying that his elder sister sent it. His sister's marriage is done uninterrupted, without Chinnababu's presence. After marriage, his elder sister arrives and denies that she sent any money. Surprised and shocked, Chinnababu's family later learns that Chinnababu donated one of his kidneys to save a rich man's heir and sent that money. Narasimham appreciates his son's efforts, for not even bothering about his football career and saving his house on time.