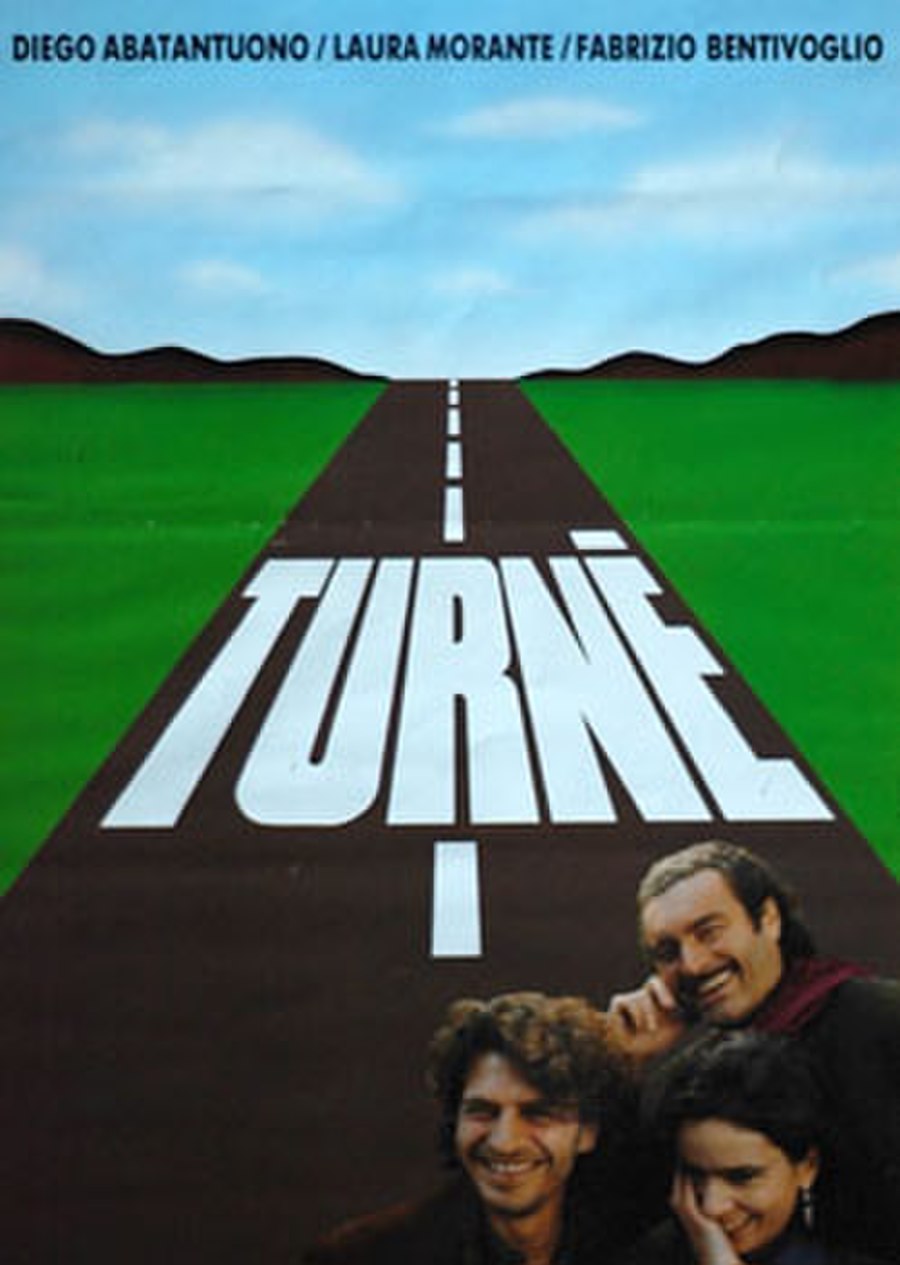 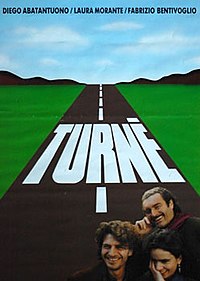 On Tour is a 1990 Italian comedy-drama film directed by Gabriele Salvatores. It was screened in the Un Certain Regard section at the 1990 Cannes Film Festival. It is the second installment of Salvatores' "escape trilogy", after Marrakech Express; like its predecessor, it is a road movie, and features Diego Abatantuono playing the protagonist.

Two thirty-five-year-old actors, Dario and Federico, friends since school, set off on a "tour" from Apulia to Emilia Romagna to play "The Cherry Orchard" by Anton Chekhov. Extroverted and with precise cinematographic ambitions, Dario tries to encourage the introverted Federico, now depressed because neglected by Vittoria, a radio announcer. She, unbeknownst to Federico, is romantically linked with Dario, to whom she gave the unpleasant task of informing his friend. Concerned by the state of prostration of Federico, who continually messes up theatrical performances, Dario hides the truth from him. Disappointed by this situation, Vittoria, after having reached them, confesses that she loves both, who seem to complement each other. Disconcerted by the behavior of the woman and a failed project of a film, Dario and Federico decide to give up the woman who has set them against each other and, unexpectedly, abandon by mutual agreement the precarious profession of actor going, still friends, to the fortune.