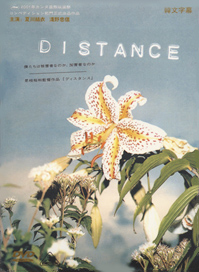 Three years ago, members of a cult sabotaged Tokyo's water supply, killing hundreds and poisoning thousands, before committing mass suicide on the outskirts of town and having their ashes supposedly dispersed by a lake. On the anniversary of the attack, four members of the families of the perpetrators make the trek to that lake to remember them. When they arrive, they find that a motorcycle was there parked before them. At the dock, they see a former member of the cult, Sakata, who had trained for the attack but had defected at the last minute. He is distant and doesn't interact with them.