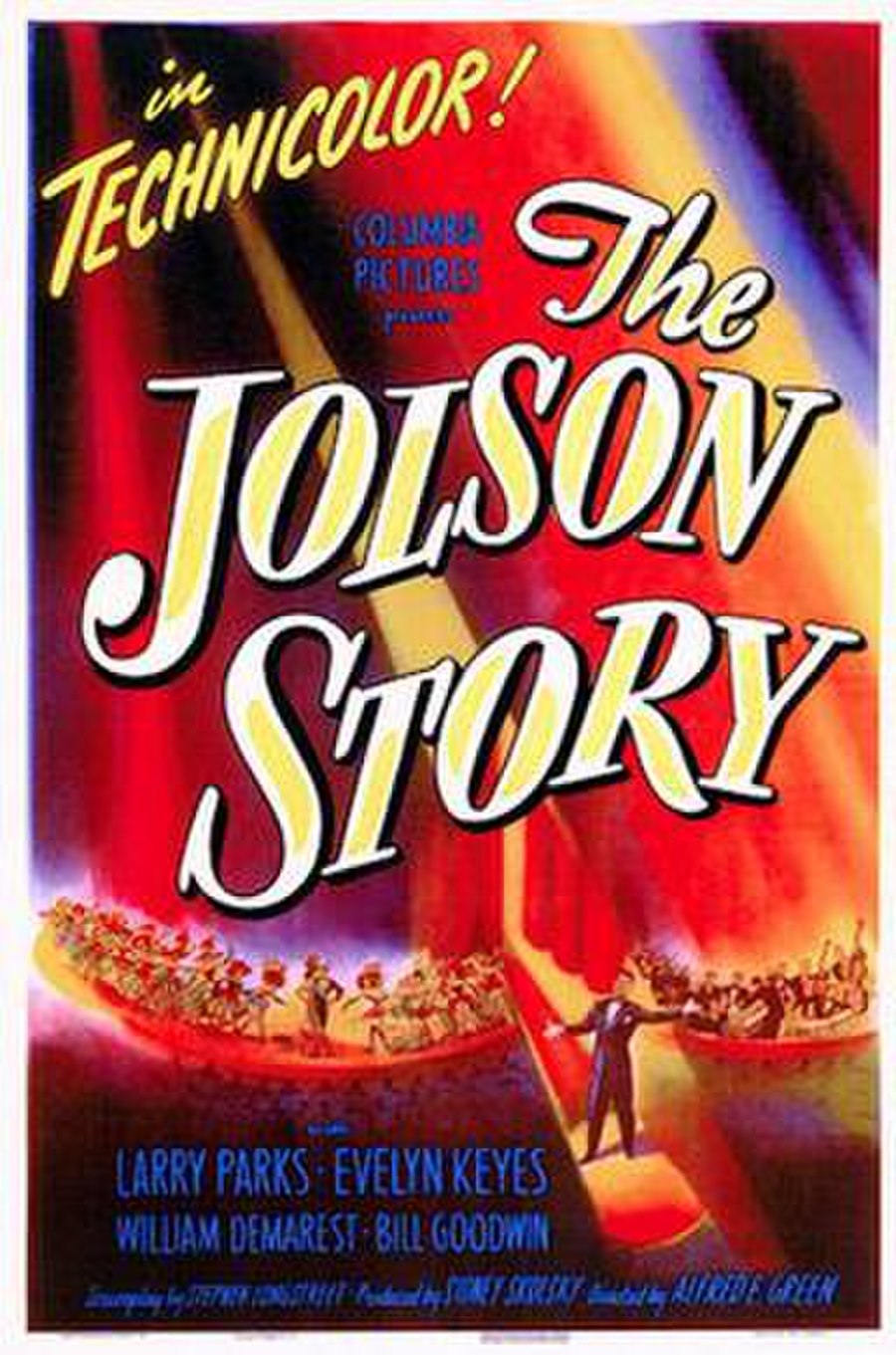 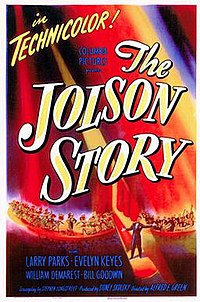 The Jolson Story is a 1946 American musical biography film which purports to tell the life story of singer Al Jolson. It stars Larry Parks as Jolson, Evelyn Keyes as Julie Benson (approximating Jolson's wife, Ruby Keeler), William Demarest as his manager, Ludwig Donath and Tamara Shayne as his parents, and Scotty Beckett as the young Jolson.

American burlesque performer Steve Martin offers to play a song for his audience, if they agree to sing along. Only one person does sing, a young boy named Asa Yoelson. Steve is bowled over by the boy's voice, but Asa realizes he should be singing at the synagogue with his father, Cantor Yoelson. Asa arrives late, and is later reprimanded by his strict father. Asa is reluctant to explain where he was, but Steve Martin visits the Yoelsons' home. He explains that he heard Asa sing at the burlesque house, and that he wants Asa to be part of his act. Papa Yoelson refuses to consider it.