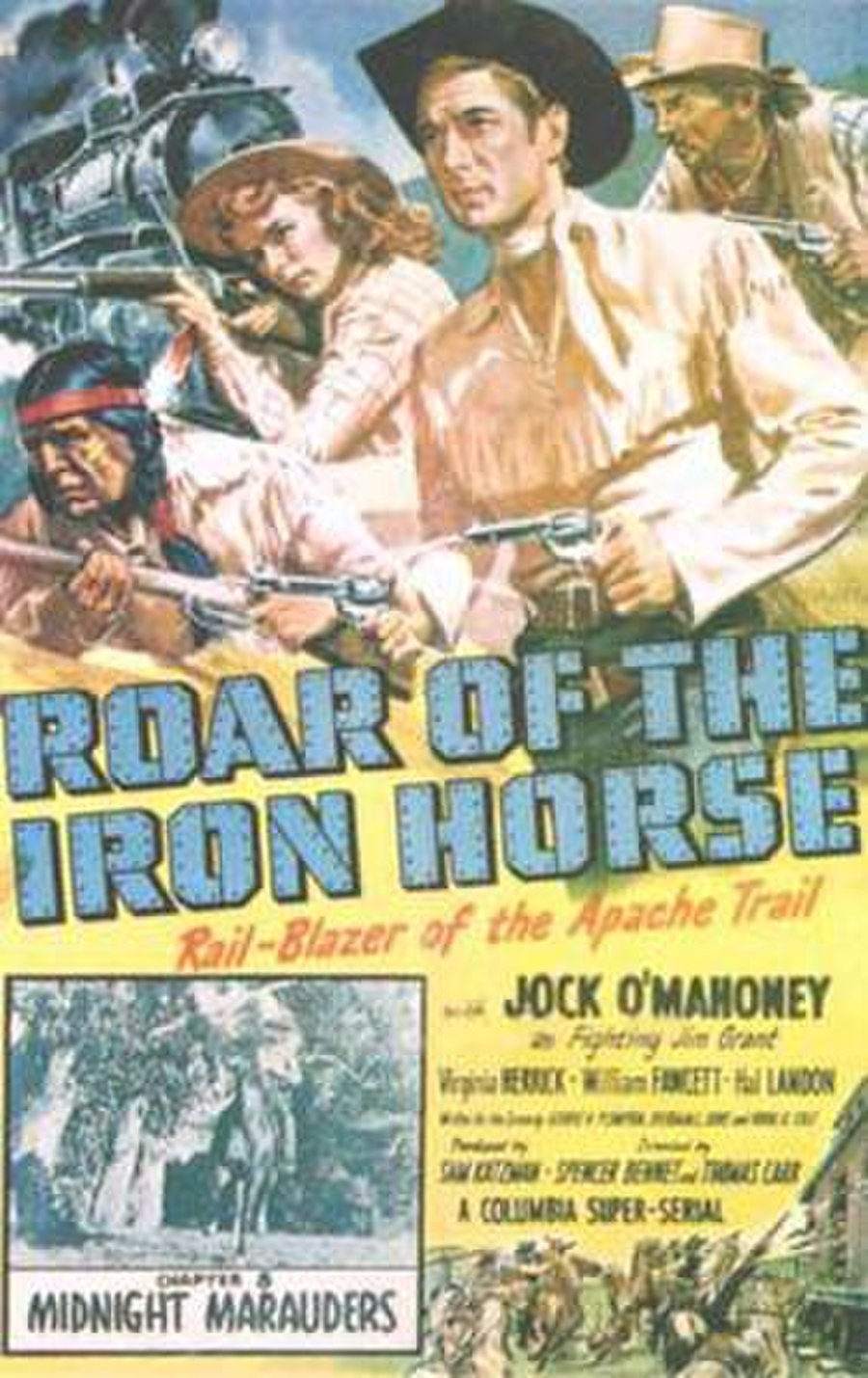 Roar of the Iron Horse is a 1951 American Western Serial film directed for Columbia Pictures by Spencer Gordon Bennet and Thomas Carr and starring Jock Mahoney and Virginia Herrick.

A railroad agent named Jim Grant opposes hard-nosed German, Karl Ulrich, called The Baron. Head of a strong ring in America, the infamous Baron was thwarted time and time again as he tried to sabotage the building of the transcontinental railroad with all the means to his scope, strategically bribing the local Indians into doing his dirty work.