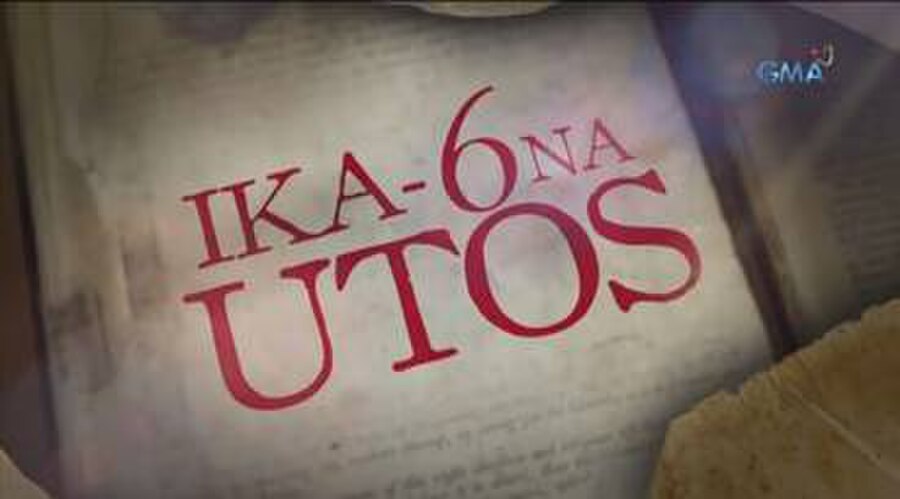 Ika-6 na Utos (pronounced as Ika-anim na Utos / international title: A Woman Scorned / ) is a Philippine television drama revenge series broadcast by GMA Network. Directed by Laurice Guillen, it stars Sunshine Dizon, Gabby Concepcion and Ryza Cenon. It premiered on December 5, 2016 on the network's Afternoon Prime line up replacing Oh, My Mama!. On April 1, 2017, it joined the network's Sabado Star Power sa Hapon line up replacing Case Solved. The series concluded on March 17, 2018 with a total of 383 episodes. It was replaced by Contessa in its timeslot.

Rome and Emma have problems and when issues arise, their marriage starts to be in jeopardy. Rome eventually meets Georgia, who will become his mistress.