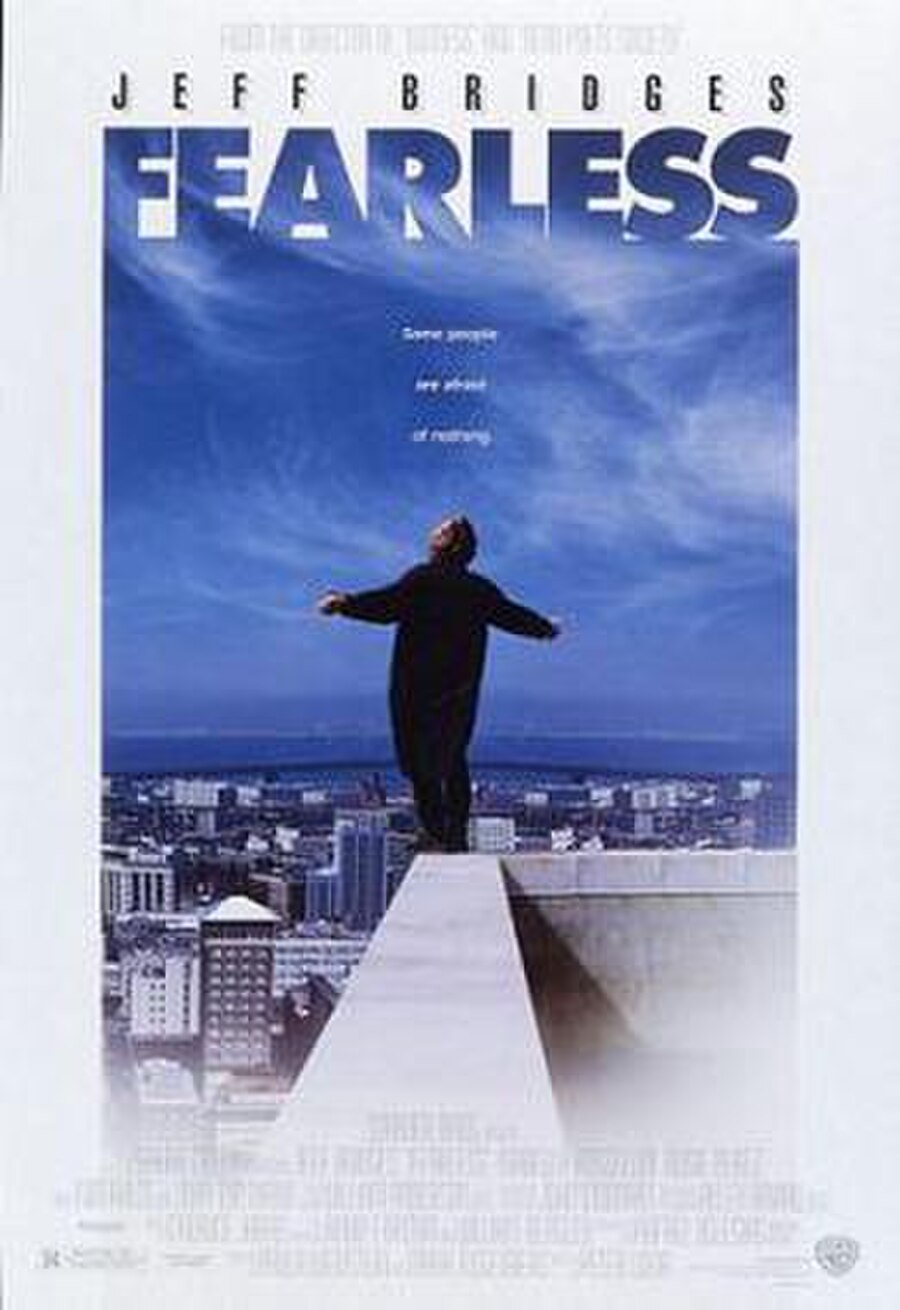 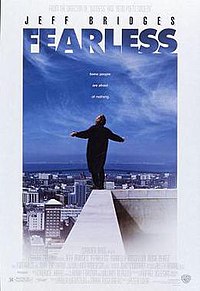 Fearless is a 1993 American drama film directed by Peter Weir and starring Jeff Bridges, Isabella Rossellini, Rosie Perez and John Turturro. It was written by Rafael Yglesias, adapted from his novel of the same name.

Max Klein survives an airline crash. The plane plummets, but strangely Max is calm. His calm enables him to dispel fear in the flight cabin. He sits next to Byron Hummel, a young boy flying alone. Flight attendants move through the cabin, telling another passenger, Carla Rodrigo, traveling with an infant, to hold the infant in her lap as the plane plummets out of control, while telling other passengers to buckle into their seats. Max was telling his business partner, Jeff Gordon, of his fear of flying as they took off.