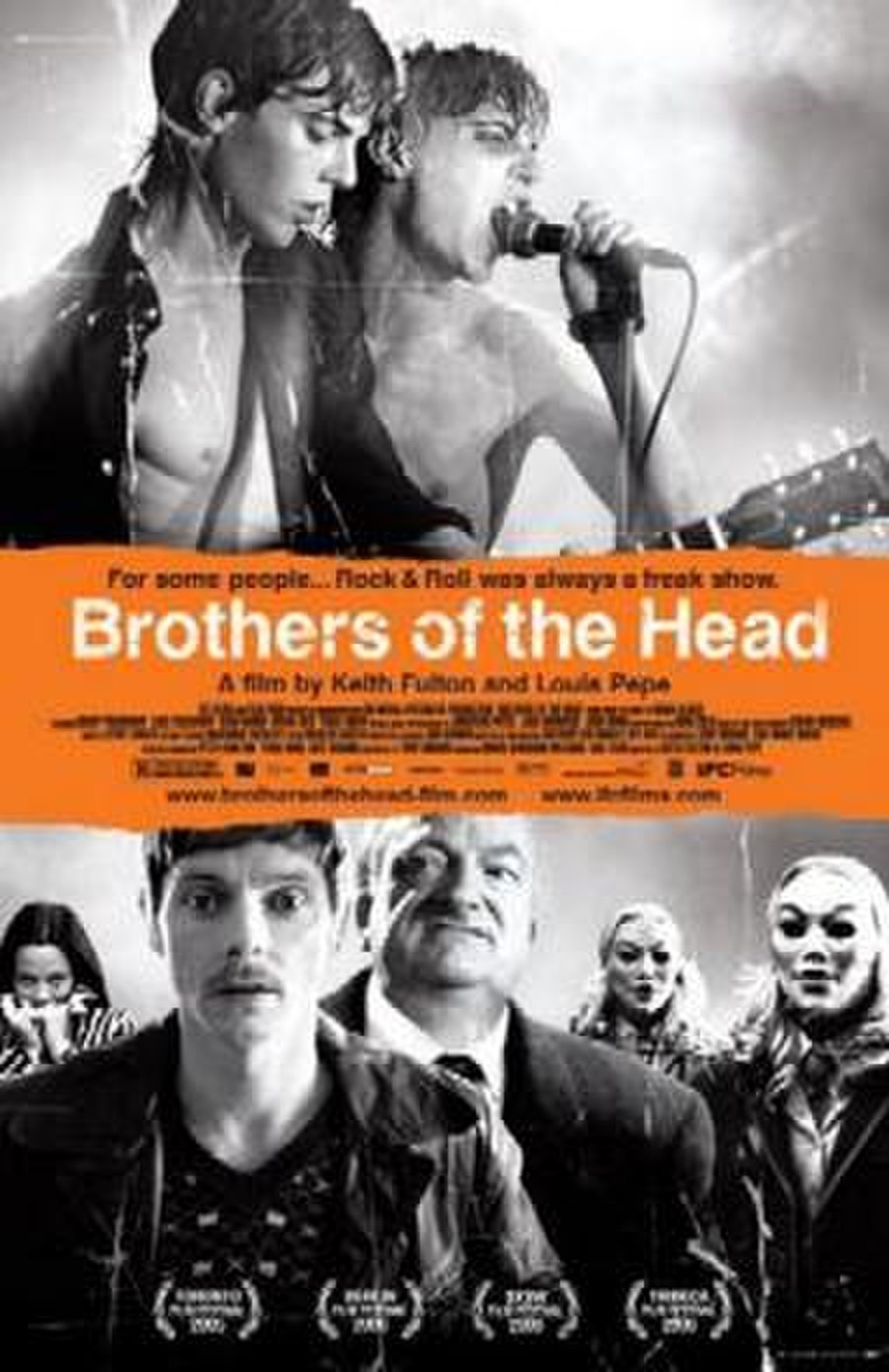 Brothers of the Head is a 2005 mockumentary featuring the story of Tom and Barry Howe (Harry and Luke Treadaway respectively), conjoined twins living in the United Kingdom. It was based on the 1977 novel of the same name by science fiction writer Brian Aldiss.

In the early 1970s, the twins are essentially purchased by sleazy talent manager with plans to turn them into rock stars. The brothers form a punk rock band called the Bang Bang. As the band's success grows, a music journalist, Laura (Tania Emery), follows the band writing an article. A romantic relationship develops between Laura and Tom causing friction between the two brothers.