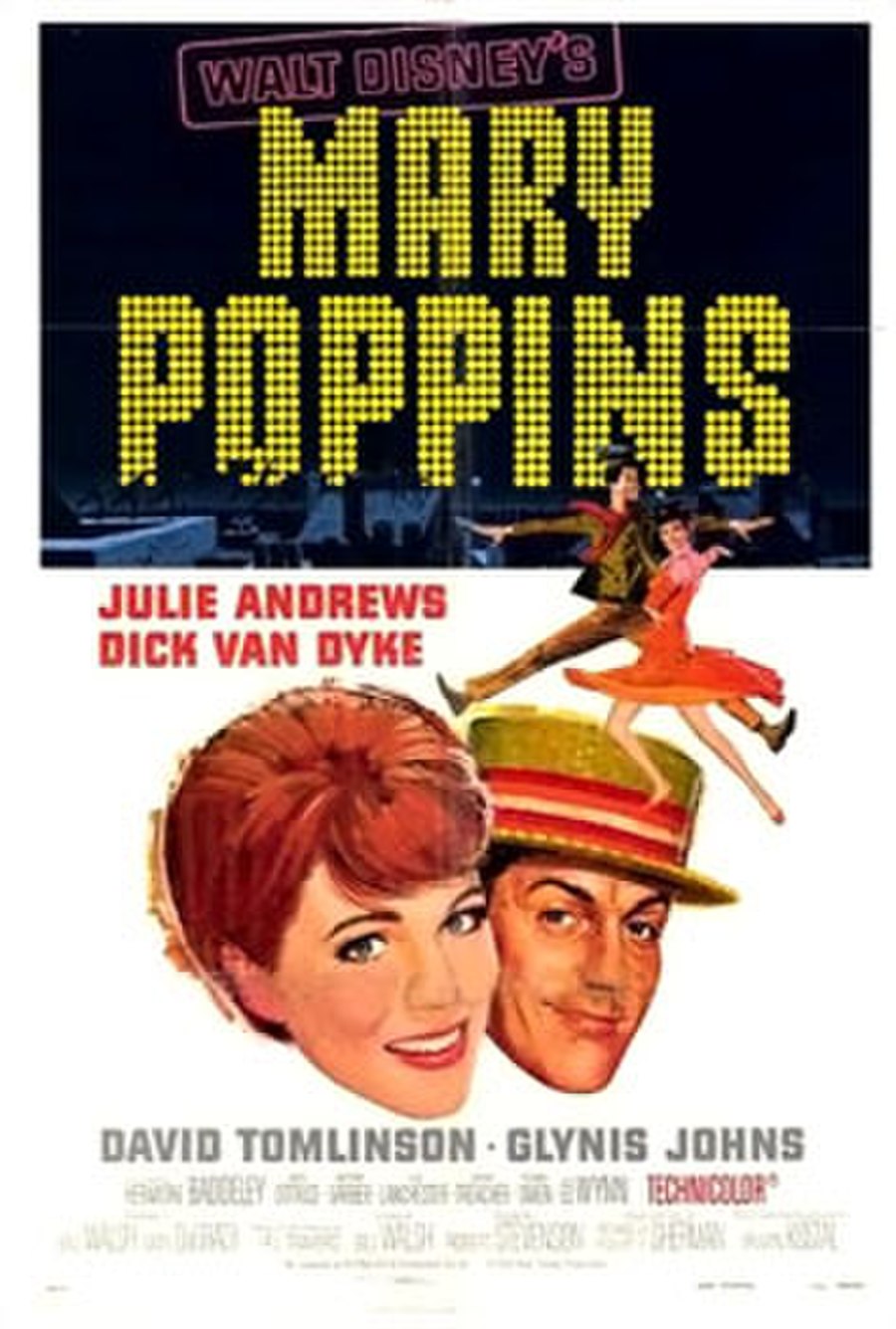 Mary Poppins is a 1964 musical fantasy film directed by Robert Stevenson and produced by Walt Disney, with songs written and composed by the Sherman Brothers. The screenplay is by Bill Walsh and Don DaGradi, based on P. L. Travers's book series Mary Poppins. The film, which combines live-action and animation, stars Julie Andrews in her feature film debut as Mary Poppins, who visits a dysfunctional family in London and employs her unique brand of lifestyle to improve the family's dynamic. Dick Van Dyke, David Tomlinson, and Glynis Johns are featured in supporting roles. The film was shot entirely at the Walt Disney Studios in Burbank, California, using painted London background scenes.

In Edwardian London, 1910, George Banks returns home at Cherry Tree Lane to learn from his wife, Winifred, that Katie Nanna has left their service after their children, Jane and Michael, have run away, "For the fourth time this week," ("Life I Lead"). They are returned shortly after by Constable Jones, who reveals the children were chasing after a lost kite. The children ask their father to help them build a better kite, but he dismisses them. Taking it upon himself to hire a new nanny, Mr. Banks advertises for a stern, no-nonsense nanny. To contrast, Jane and Michael present their own advertisement for a kinder, sweeter nanny. Winifred tries to keep the peace. Mr. Banks rips up the letter and throws the scraps in the fireplace, but a strong wind draws the fragments up through the chimney and into the air.