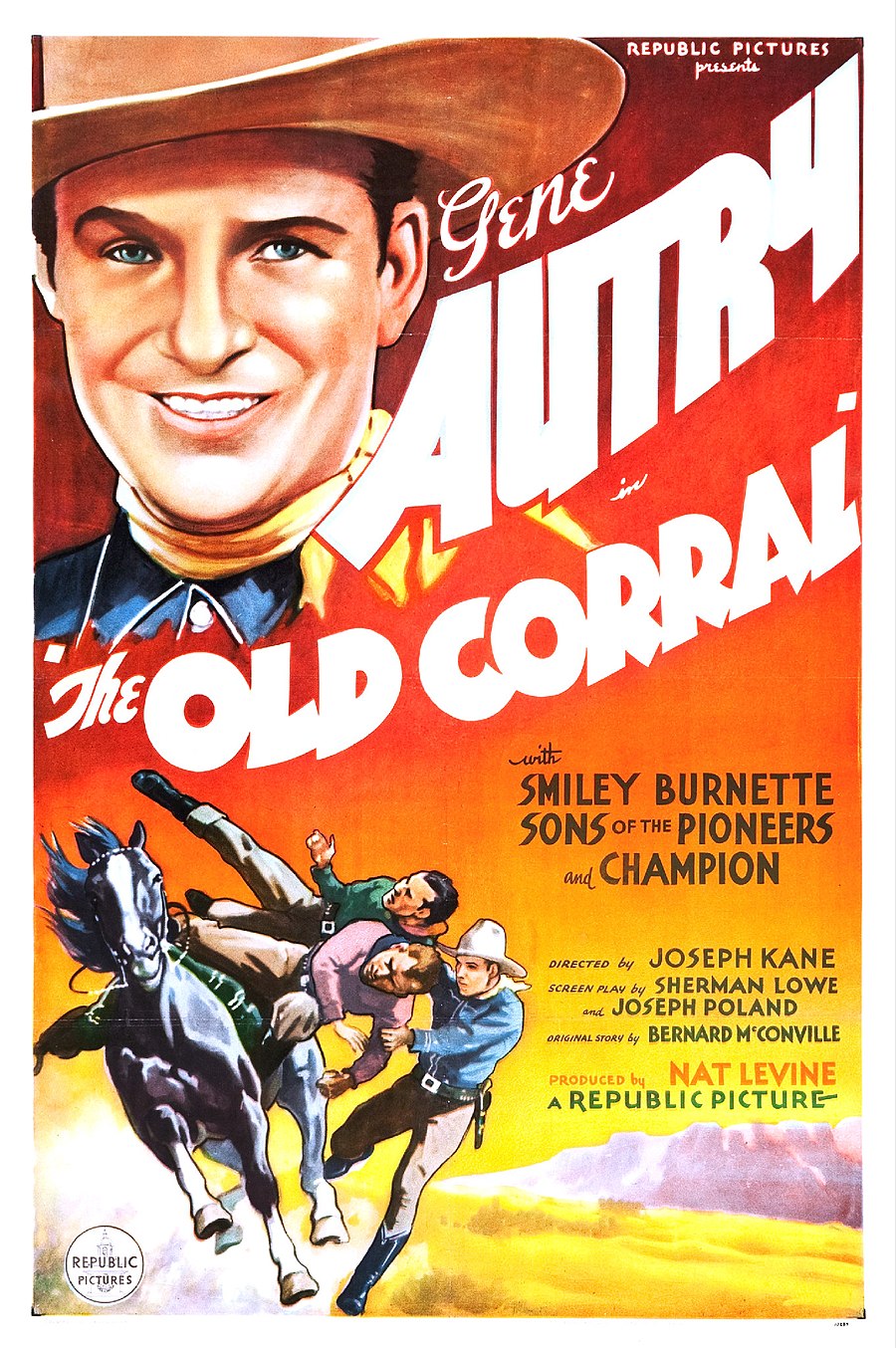 The Old Corral is a 1936 American Western film directed by Joseph Kane and starring Gene Autry, Smiley Burnette, and Irene Manning. Based on a story by Bernard McConville, the film is about a sheriff of a small western town who sings his way into a relationship with a singer from a Chicago nightclub who earlier witnessed a murder. The supporting cast features Lon Chaney Jr. and Roy Rogers.

After witnessing nightclub owner Tony Pearl murdered by gangster Mike Scarlotti (John Bradford), blues singer Eleanor Spenser (Irene Manning) flees Chicago and heads West on a bus. Soon her picture appears in newspapers across the country. The bus makes a stop in Turquoise City, New Mexico, where Martin Simms (Cornelius Keefe), the crooked owner of the Blue Moon saloon, befriends Eleanor. After seeing her picture in the newspapers, Simms, who is hoping to collect a reward from Scarlotti, sends the gangster a telegram revealing Eleanor's whereabouts.