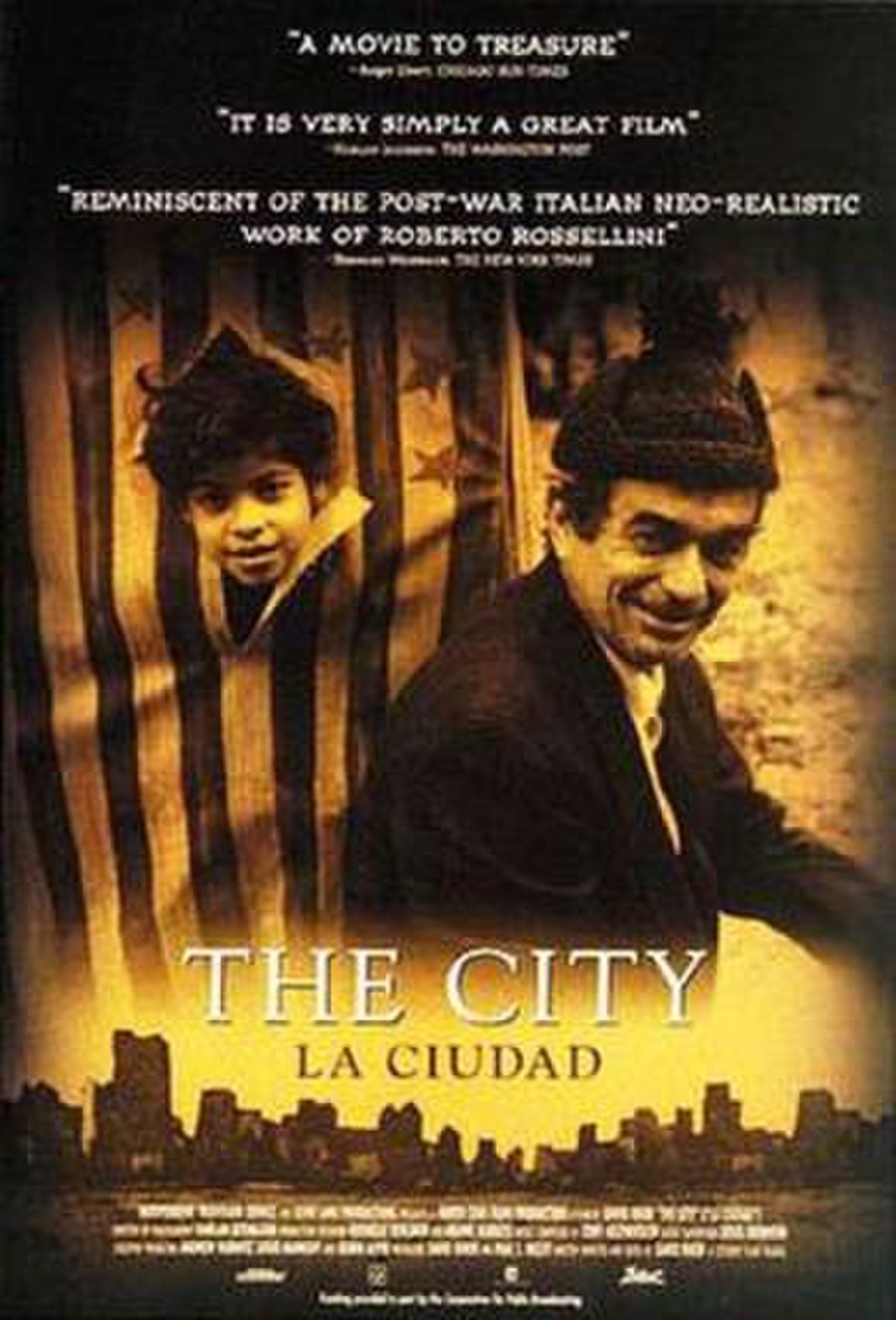 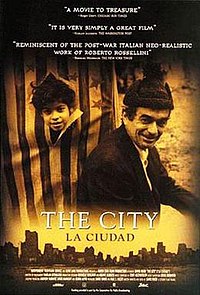 The City (Spanish: La ciudad) is a 1998 American neo-realist film written and directed by David Riker, his first feature film, and shot in gritty black-and-white film stock. The drama features actor Joseph Rigano and, in neo-realist fashion, an ensemble cast of non-professional actors. The film is also known as: The City (La Ciudad).

Among intermittent scenes of Latin Americans having their photo taken by a photographer, the four stories in the picture include: